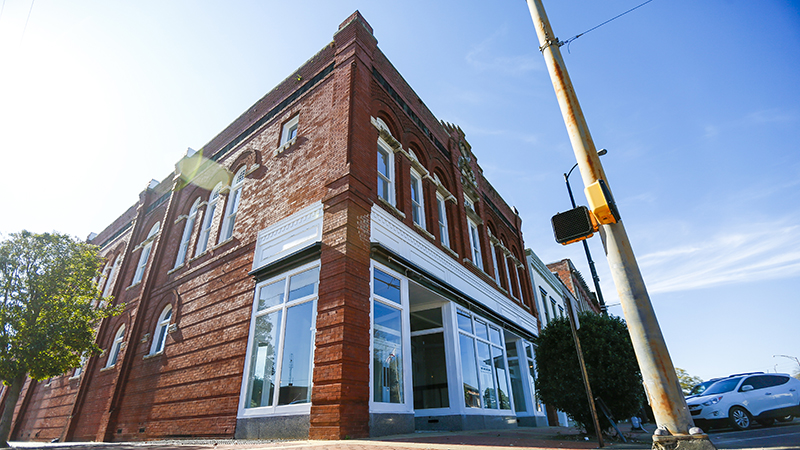 The recently renovated Woolworth Building on Broad Street will be open for visitors tonight from 5-7 p.m. for an open house. (Alaina Denean Deshazo | Times-Journal)

The Woolworth’s building has been renovated and will now serve as lofts in the downtown area.

Local realtor A.C. Reeves said renovating the over 110-year-old building adds to the beauty and attraction of the area.

Reeves said renovating a building downtown is a game changer and offers a positive perspective of the area. She said it is a piece of the puzzle that changes a community.

Reeves said five of the six loft apartments in the building have been furnished from Mandy Henry, owner of Queen City Market. She said right now the building should be able to host eight to 10 people and she hopes they can one day host up to 16 people.

She said their hope is to keep tourists in town longer and offer a place where they can stay overnight and even over the weekend. She said with the amount of rich history here in Selma, specifically the downtown area, staying in downtown would provide an even deeper appreciation for the city.

“If people stay with us for a week they fall in love with us,” she said.

Reeves said although this renovation makes the downtown area even more beautiful than it already is, the main thing to keep in mind is that by using local businesses for the renovations they are keeping money in the city.

“Renovations like these aren’t just good to make things pretty for downtown,” she said. “It’s an economic developer.”

As a part of the Selma and Dallas County Chamber of Commerce “Business After Hours” event, there will be an open house of the newly renovated Woolworth’s Building located at 201 Broad St. tonight from 5 p.m. to 7 p.m.