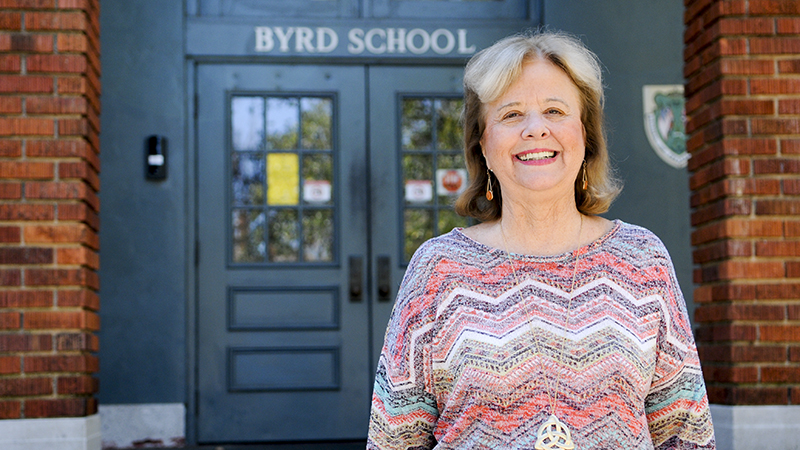 A teacher from the Selma City School System has been chosen as one of five finalists to be inducted into Jacksonville State University’s Teacher Hall of Fame, which annually honors Alabama educators for their commitment to excellence.

After advancing through the first rounds of the competition, which included local and district levels of judgement, Arabella Sheehan of Byrd Early Learning Center will head up to Jacksonville State University on March 15 for the final round of interviews with the judges.

The winner of the statewide contest will have their portrait hung in the Teacher Hall of Fame while bringing pride back to their local areas.

The competition has a vast array of requirements to be eligible to advance to the next round, such as an application, referrals, interviews and an explanation of a teacher’s individual philosophy.

For Sheehan, her attitude is all about doing whatever it takes to benefit the students.

“I like seeing the self-worth of children grow and watching them reach their full potential. The teacher should be someone who is a good role model for them. Whatever you do should relate to the students’ best interest,” Sheehan said.

“If I can put them in a good learning environment to prepare them for the future, then that is what I want and what I am going to do. I try to keep the students addressed with what is going on in our society.”

The breakdown of her philosophy includes lessons such as pragmatism, interactive learning and her favorite subjects: reading and writing.

While the induction into the Teacher Hall of Fame would bring pride to Sheehan and her family, it would also make the city proud as well, including those involved in the school system.

Avis Williams, superintendent of Selma City Schools, praised Sheehan for her prestigious career and is delighted to see her represent Selma at the finals. In previous competitions before Williams’ arrival in 2017, Selma City Schools often did not choose to participate.

“We have never really done this competition before, so it appears as though our teachers are not recognized. However, this competition proves that we have excellent teachers in the school district. We sure are proud of her. She will represent us well,” Williams said.

According to Sheehan, the judges of the Teacher Hall of Fame will announce the winner on Thursday, April 26.