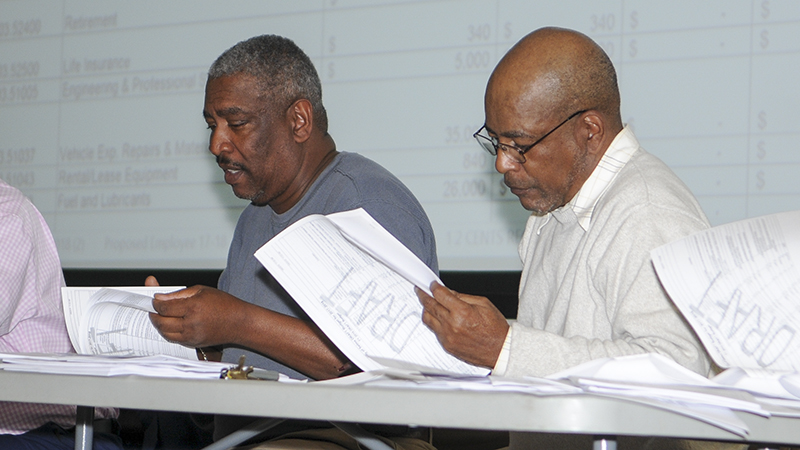 The city of Selma is operating without a budget after the extension of the 2016-2017 budget expired last week on Feb. 28, according to Mayor Darrio Melton.

Melton, who gave the council a proposed budget in early February, said the council needs to make a decision quick, whether it is continuing to operate off the 2016-2017 budget, amending that budget or voting on his proposed budget.

“We’re in a position now in this city where the executive office can’t even function because the council won’t make their minds up on if they’re going to do a new budget,” Melton said Tuesday night after a budget hearing hosted by the council. The meeting was the second of a series of scheduled meetings.

Tuesday night, the council went through the budget department by department asking what each department needs. Melton said it was all a waste of time.

Melton said his proposed budget includes 30 percent cuts, and unless new revenue is found, many of the needs of the departments won’t be met.

As the meeting came to a close, Council President Corey Bowie proposed a special called meeting later this week to make a decision on the budget. Bowie said he will ask the council to extend the 2016-2017 budget or to amend that budget.

“We’re six months into the [fiscal] year. That’s 45 to 50 percent of the budget,” Bowie said. “One option, like I’ve said before, we can look at is we can amend what we already have spent and just move forward and continue operating until the fiscal year is over.”

Regardless of what the decision is, Melton said one needs to be made because the city is on the “verge” of shutting down.

“We’re on the verge of that,” Melton said. “It is my hope they will make a decision on what budget they’re going to have, so we can execute in this city. If not, the city is going to be limited in the services that we can provide.”

The next budget hearing is scheduled for Thursday, March 15 at 5 p.m. at Selma City Hall.