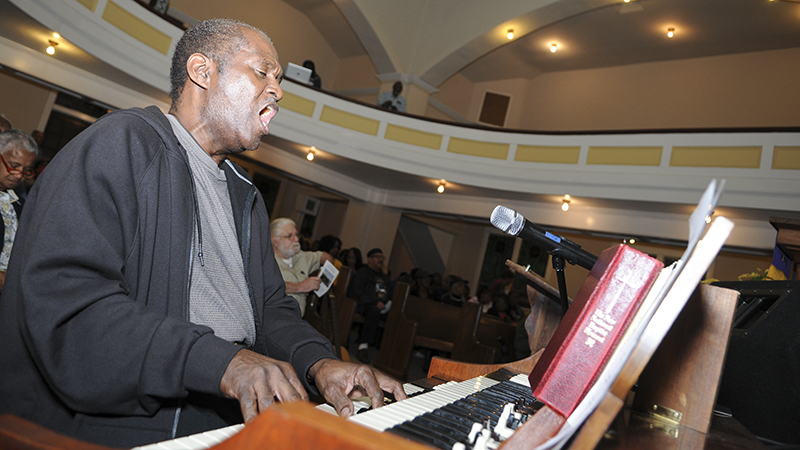 The sound of “Ain’t Gonna Let Nobody Turn Me Around,” a popular civil rights song, echoed through the sanctuary of Tabernacle Baptist Church Thursday night during a mass meeting.

The church played host to the first mass meeting in Selma for voting rights in 1963, and each year, the meeting marks the beginning of the annual Bridge Crossing Jubilee — a four-day long event commemorating the anniversary of Bloody Sunday.

This year’s Jubilee marks the 53rd anniversary of that day, which occurred on March 7, 1965, when peaceful protesters were beaten as they embarked on a march to Montgomery to fight for the right to vote.

Charles Neblett, who was an organizer for the Student Nonviolent Coordinating Committee during the voting rights movement, comes back to Selma each year for the Jubilee. Neblett was in the front row Thursday night during the mass meeting.

“I can remember what Selma was like 50 or 60 years ago,” Neblett said, as the church’s men’s chorus sang on stage.

“I was down here doing some organizing and after that, I sang with a group called the Freedom Singers. We used our music as an organizing tool to organize people all over this country and to mobilize them to organize.”

Neblett performed later on in the program with other members of the Freedom Singers. He said he still sings to keep the movement alive.

He said events like the mass meeting serve as a reminder to those who were involved in the movement and a lesson to the younger generations.

“People have to remember that one way to keep the movement alive is for people to come back and tell their stories, the people who were involved in it.”

After the Rev. Otis D. Culliver welcomed everyone to the meeting, the Rev. Lawrence Wofford spoke of the significance of the mass meeting.

“Fifty-three years ago, it was not easy to be in this place, but now we come with relative ease,” Wofford said, in reference to the dangers churches faced during the movement for holding meetings discussing civil rights.

Later in the meeting, JoAnn Bland, who was there on the Edmund Pettus Bridge during Bloody Sunday, shared her story. Bland said recently some old organizers with SNCC doubted her being there on Bloody Sunday.

“I’m not going to call any names, but I heard the oldest say ‘no children were there,’” Bland said. 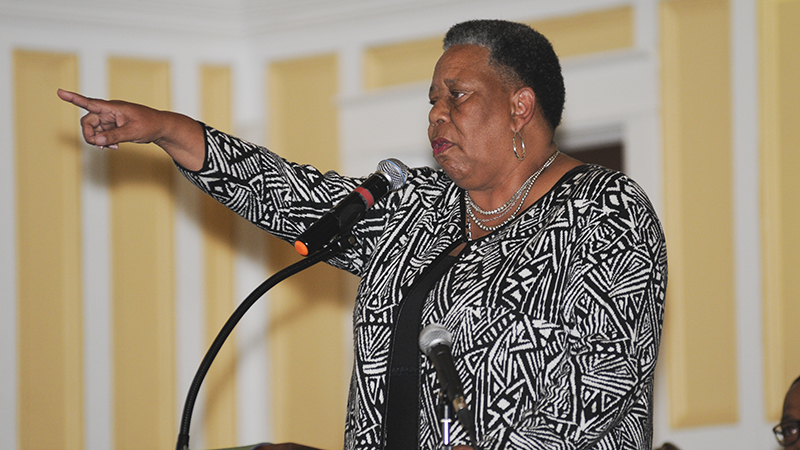 She said she told them she was there at the young age of 11 years old.

“To me, social movements are like jigsaw puzzles. Everybody has a piece. If your piece is missing, the picture is not complete,” Bland said. “When I tell my story, I can only tell my story.”

“I was a kid. I was 11 years old in 1965. … Don’t start talking about how brave you were because if I had known what happened was going to happen, I would have stayed in the projects where I was safe,” Bland said.

Bland vividly described the scene, as the marchers were beaten and gassed by Alabama State Troopers and Sheriff Jim Clark’s deputies. As she finished her story, she was met with a round of applause from the crowd.

Bland is just one of many foot soldiers who will spend the next few days sharing their stories and educating people about the voting rights movement. The Jubilee continues through Sunday with 30 to 40 events. It concludes with a reenactment of the bridge crossing Sunday afternoon.