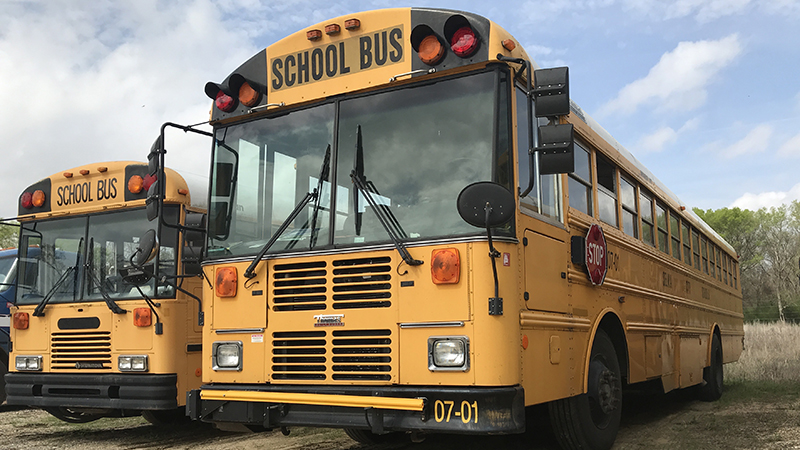 A bill proposed by Senator Paul Bussman would extend the operation life of school buses from 10 to 12 years.

A bill making its way through the Alabama Legislature would change the funding and lifetime of buses in county and city school systems across the state.

Senate Bill 202, sponsored by Senator Paul Bussman (R-4), would allow buses in the state of Alabama to operate on a 12-year schedule rather than a 10-year schedule, with funding to offset depreciation coming from the state. The bill would decrease funding for school fleet renewal down to 70 percent of what it was previously, with this bill providing an average of just over $5,000 per bus less than 10 years old.

This in turn would hurt the spending power of some school systems, while benefitting others by extending the lifetime in which the buses are allowed to be used.

The bill allows buses to operate longer, before being re-designated as a spare. According to Dallas County Schools Superintendent Hattie Shelton, many of these older buses are kept as a “sub bus” to be used in the event a fleet bus goes down.

While some Alabama lawmakers believe it is a good idea, others with knowledge over school transportation have major concerns about the passing of this bill.

One member of the opposition is Jackilyn Barefield, president of the Alabama Schools Transportation Association. Barefield spent most of Wednesday, Feb. 28 speaking out against the bill alongside fellow opposition members at the Ways and Means Committee Hearing regarding SB202.

Reasons for their outcry against the bill include a variety of grievances.

This includes the increase of maintenance and operations costs, which could impact student safety; the cutting of current funding to offset depreciation, which would impact spending power; the restraint of schools’ abilities to purchase special needs or transit buses; and the blocking of school systems to carry over fleet renewal funds into a new cycle.

Barefield says she believes their efforts helped get the discussion and the decision on the bill tabled to a later date.

“There was lots of opposition. We believe there has been some miscommunication about the matter. I fear school systems, educators, parents and even lawmakers are not aware of the detrimental effects this bill could cause if enacted,” Barefield said. “We wanted the wording in the bill to be changed, and new wording will be added to the next edition.”

For both Barefield and Shelton, their largest concern over the bill was student safety. According to Shelton, many of the 70 buses in the Dallas County fleet are older buses with constant maintenance needs.

With buses allowed to stay in the system for 12 years rather than 10, higher maintenance costs and frequent breakdowns become inevitable.

This is especially true in county school systems that have drivers covering dozens of miles in morning and afternoon trips. Shelton believes it would provide less motivation for systems to renew their buses.

“This bill, as it was written, would be a huge detriment to us and our fleet. We have much older busses, and if you cut the funds and but let them operate longer, safety becomes a concern. We want buses that are reliable and safe,” Shelton said.

Although new wording for the bill has been promised, it is not guaranteed that school officials and public transportation leaders will be satisfied with a fresh look at SB202.

The new public hearing date has not yet been announced.