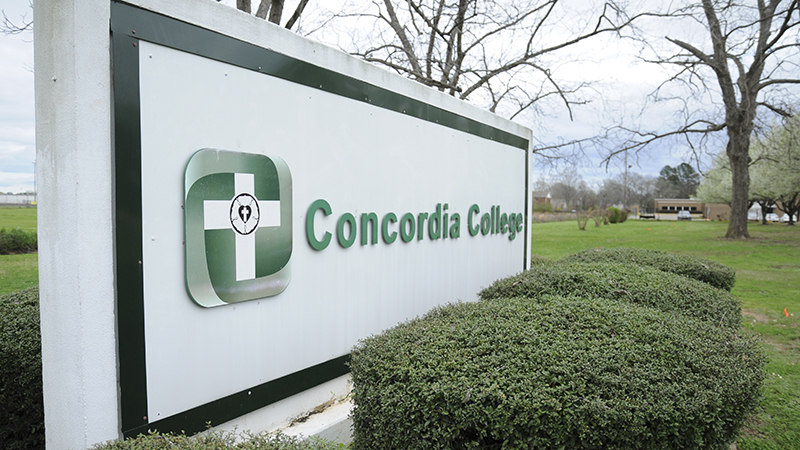 Concordia College Alabama announced last week it will close its doors at the end of the current semester. With a student enrollment of more than 400 and around 150 employees on the payroll, the school’s closing could have an economic impact on the community.

However, the extent of that impact is unknown.

“There is a significant impact. I don’t think there’s any doubt about it,” said Dexter Jackson, vice president of business and fiscal affairs. “If you remove this institution from the Selma area, the impact would be significant. However, I don’t think we’re fully in a position to say exactly how much.”

The school made the decision to close due to financial hardship. The school was hoping one of several potential investors could help keep the school running, but none of them panned out.

Jackson said it’s obvious the school closing will make an impact, but because there has been no study done to see how much the college impacts the economy here, it is hard to tell how much of a difference it will make.

“I’m really not able to give accurate or correct numbers because we haven’t done that study, but even for the employees that live outside of Selma, they will spend money in Selma if it’s nothing but a tank of gas every now and then,” Jackson said.

“And, of course, going back to the students, there is a parent that comes to pick up their student and bring their student back to and from for visits. They also will buy a tank of gas in Selma.”

He said the impact is obvious because more than 400 students and around 150 employees spend money in Selma and Dallas County in various ways, whether it is buying groceries, filling up their gas tanks, getting a haircut or going to the doctor.

Jackson said a majority of the students are not from the Selma-Dallas County area, so the money they spent here will not remain here unless they decided to stay. He said the majority of employees live in the area as well. Those employees have families and spend money in the local economy.

“When a school has a $12 million budget, that’s going to be a loss,” Lyons said. “However much of that is spent in Selma, we really don’t know, but any time you take that kind of budget out of the local and nearby community, it does make a difference.”

Lyons said last week it would have taken an $8 million investment to keep the college running.

According to the Dallas County Tax Collector’s Office, the college paid zero dollars in property tax each year because of an exemption, so the city and county won’t feel an impact from losing that revenue.

Melton said without an economic study, it is difficult to tell what sort of impact the college closing will have on Selma’s economy.

“I think it will be an impact, but what level we’re yet to know,” Melton said. “When you start talking about the impact of finances, it’ll probably take a while before we can discover.”

“The greatest impact is that it impacts our children’s options when it comes to local colleges. That’s the biggest impact I think there is, especially the impact of the students who are currently enrolled,” he said.

Melton said he hopes the students that were enrolled at Concordia can enroll at Wallace Community College Selma or Selma University.

Jackson said he hopes employees that live in Selma and Dallas County can find employment here as well.

“The first thing we hope would happen is that the employees would find employment here in Selma so they can remain here, and their children can remain in school here,” Jackson said.

Sheryl Smedley, executive director for the Selma-Dallas County Chamber of Commerce, said one of the biggest impacts is the void it will leave in the community once the school closes.