American Legion stewing up funds for Boys and Girls State 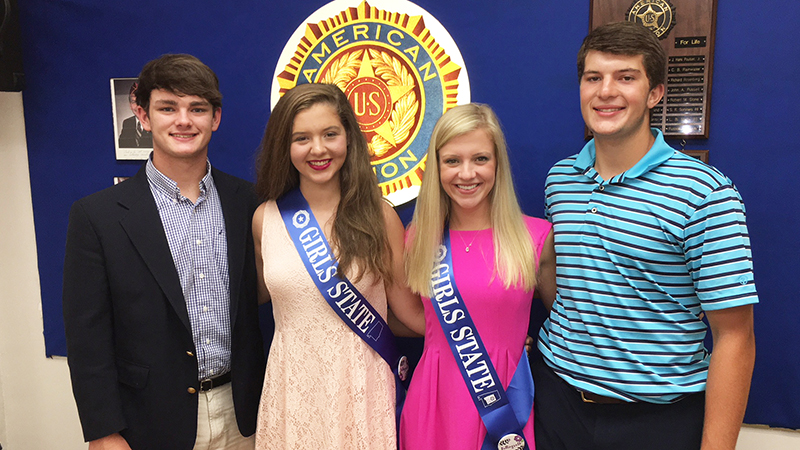 Members of American Legion Thomas R. Mackin Post 20 in Selma will begin cooking its famous Brunswick stew for one of its bi-annual stew sales Monday.

The sale starts Feb. 26 and runs through March 3, but they’re not just selling stew to give people something good to eat. The stew sale supports the Legion’s efforts throughout the year, such as sending high school seniors to Alabama Boys and Girls State, which are hosted by the American Legion and the American Legion Auxiliary.

The programs are for upcoming high school seniors. Boys State is from May 27 to June 2 and is held on the University of Alabama’s campus in Tuscaloosa.

Girls State, which is also held in Tuscaloosa, is from June 10-15. The week-long program, much like Boys State, educates students on the duties, rights, privileges and responsibilities of being an American citizen.

John Coon, Boys and Girls State coordinator for American Legion Post 20 in Selma, said it is a great opportunity for young men and women to get an understanding of the government. He said they will take part in a mock government and run for elected offices, such as city council, mayor, governor, etc.

The four students that went last year for Selma recently visited the post and shared their experience with members. The post sent Mason Kendrick and Alicia Deavers from Meadowview Christian School and Colton Roberts and Grace Ann Ivey from Morgan Academy.

Kendrick said Boys State was a great opportunity to meet student leaders from across the state.

“I had an excellent experience when I attended Boy State. You discuss a wide range of topics and meet young leaders from all walks of life,” Kendrick said.

“If anyone is ever given the opportunity to attend Boys State or Girls State they should most definitely do so. It is a decision they will not regret and a decision sure to leave them motivated and inspired.”

The Legion is hoping to raise enough money to send 10 students to Boys and Girls State this year. The cost per boy is $225, and the cost for girls is $250.