Concordia College Alabama to close at end of spring semester 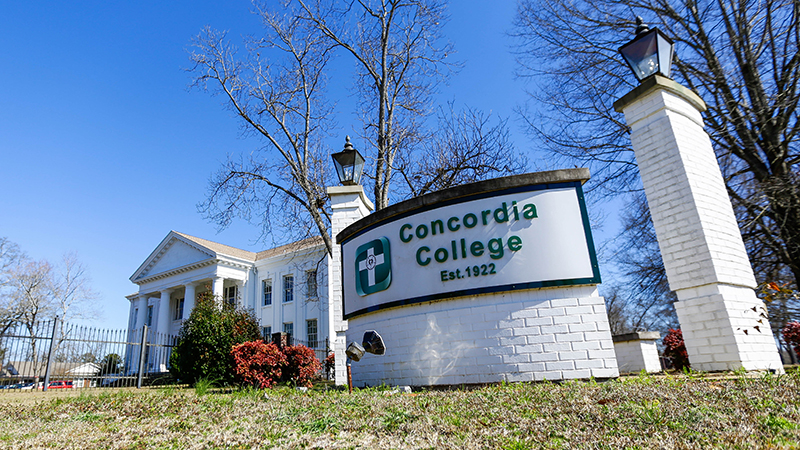 Concordia College Alabama, a historically black Lutheran college, will close its doors and cease operations at the end of the spring semester.

Dr. James Lyons, chief transition officer and interim president for the college, shared the news with faculty and staff Wednesday morning. He then told the student body during a meeting in the school’s gymnasium that afternoon.

“It was the toughest thing I’ve had to do in my 50 years of higher education,” Lyons said. “They were very disappointed. Most of the students were quite shocked.”

Concordia College Alabama was founded in 1922 and has a current student population of around 400, according to Lyons. The school is the city’s only four-year college accredited by the Southern Association of Colleges and Schools Commission on Colleges.

“That staff will have mortgages, car payments and children in college,” Lyons said. “You have students who came to you hoping that they would complete a degree at your particular institution because that’s where they wanted to be.”

Concordia has faced rumors of closing for a number of years due to the school’s financial hardship.

“The board of regents has been working a number of years to try to solidify the college’s financial situation by looking at investors both foreign and domestic,” Lyons said. “So this has been a long effort that has spanned several years, and the board had to decide at some point we’ve got to close if we cannot find an investor partner.”

That point was Friday, Feb. 16. Lyons said that was the deadline the board of regents set to reach a deal with an investor or close the school.

Earlier this month while discussing the possibility of closure, Lyons said the school was in contact with at least seven different investors to help pay off the school’s debt and keep it afloat for the next year and a half until it could reach financial stabilization. But none of those panned out, Lyons said, which ultimately led to the decision to close the doors.

“It’s very difficult to operate an institution with the lowest possible tuition and fees when you are faced with escalating costs,” Lyons said. “Unless you have somebody who can fill that gap, it becomes a problem.”

Lyons said the school needed a minimum investment of $8 million to pay off its debt and keep the doors open.

“That would have paid off our debt and kept us running for a year and a half so that we could get on our feet with new partner-owners and do some things that we needed to do that would allow us to market the college differently,” he said.

Lyons said raising the cost of tuition was not an option for the school to offset costs of operating.

“One of the things we could not do was raise tuition another $3,000 because that’s not the student we serve,” Lyons said.

Concordia College Alabama alumnus, Dr. Glenn King, who is also the dean of the Division of Business and Computer Information Systems, said he was not upset when he got the news.

While the school closing is tough news to face, King said he is remaining positive and encouraging students to finish the semester strong.

“Our focus is on finishing up this academic semester with a positive attitude. I hate that it has come to this point,” King said. “Things happen, and we have to look and think positive and look ahead to a glorious future.”

Lyons said students will finish out the semester, which will conclude at the end of April. He said the school has pledged to work with other colleges across the state to help students find similar programs to transfer to.

“They’ve got to finish up the semester. This is not the point to just drop everything and forget about your future and your lives,” he said.

As for the future of the campus, it’s still unclear on what will happen when all of the students move out of their dorms and the gates are locked.

“We haven’t had that conversation. We’ll have to speak with the church and find out what their plans are. We don’t know,” Lyons said. “We’ve spent so much of our time trying to keep things moving ahead, so we didn’t jump ahead trying to get into the what ifs.”

The school is affiliated with the Concordia University System of the Lutheran Church-Missouri Synod. Efforts to reach members of the board of regents were not successful Wednesday.

Several attempts to reach students were also not successful. One staff members said school employees were told not to comment publicly on the closing.