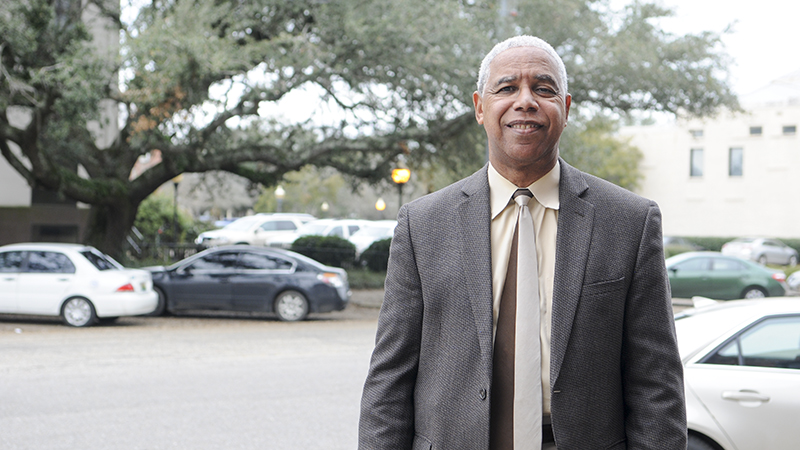 Major Madison Jr. felt three things when the Selma City Council appointed him to serve as one of the city’s municipal judges last Tuesday night: honor, excitement and humility.

He was sitting in the crowd with his wife of nearly 45 years, Benita, when all but one of the eight present council members voted to appoint him to the position.

“It means everything. I’m very excited,” Madison said of the appointment. “It’s more responsibility, a little more paper, but not a lot. I’m excited too because I have the support of everyone in the court already. They were hopeful that this would happen.”

The position opened at the end of January when State Rep. Prince Chestnut, who served as municipal judge for a decade, resigned from his position to focus on serving as a legislator and as a husband and father.

Madison was recommended for the job at the council’s last work session after City Attorney Jimmy Nun read a recommendation from Mayor Darrio Melton asking the council to appoint a Birmingham attorney. Councilman Carl Bowline then put Madison’s name in the hat for the job because of his experience in the municipal court system here, and several other councilmembers echoed that sentiment.

Madison said he has been licensed to practice law since 1981. He served as an officer in the Air Force. He will now go from being a prosecutor to a judge. For most of his law career, he has worked as a defense attorney, so this appointment brings him full circle.

Madison feels that experience and the council’s confidence in him went a long way in their decision to appoint him to the position.

“They know me. I’ve been in a position in the court as a prosecutor already for several years, so they’ve had an opportunity to look at my body of work so to speak in terms of being a prosecutor at least,” he said.

“I’ve had to work with the judges and the magistrates and the Selma City Police Department and complainants, witnesses and defendants.”

Madison has not been sworn in yet, but is looking forward to that day. He said he plans to serve with competence and fairness.

“I believe and hope and pray that that will be enough to show the citizens of Selma and the county and the city council members that they were right to vote me into that position,” Madison said.

“One of the things I enjoy most is affecting the lives of people in Selma in a positive way. Now, that might sound strange coming from a person whose talking about prosecuting and now sitting as a judge, but it’s important because it indicates to me that there is trust in my ability to be fair and to do the right thing.”