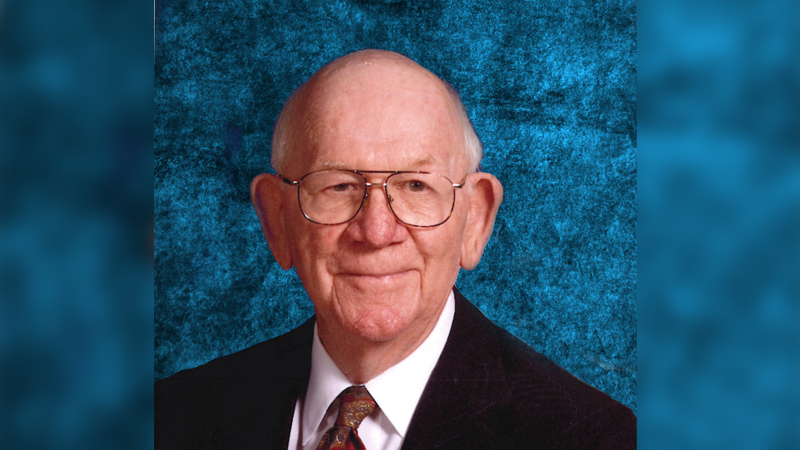 Bruce L. Peak Jr. passed away Friday, Feb. 9 at the age of 90. Peak was known throughout the Selma community.

People that knew Bruce L. Peak Jr. described him as a humble, caring and smart man that left a lasting impression on the Selma community.

Peak passed away Friday, Feb. 9 at the age of 90 after a brief illness at home.

“He’s been missed in a lot of things in Selma and will be missed,” said longtime friend Larry Lewis, who knew Peak from his time on the board at the West Central Alabama Rehabilitation Center. “There are not many Bruce Peaks around.”

Peak was on the board for the center when Lewis was the CEO.

Peak was born on April 3, 1927, to parents, Bruce Peak Sr. and Frances Mulder Peak. He is preceded in death by his parents and wife of 69 years, Marion Dillon Peak, who passed away in December. He is also preceded by his brother, William F. Peak.

Peak was known by many in the community as an outstanding businessman and civic leader.

Peak graduated high school from Sydney Lanier in Montgomery and attended Auburn University, where he earned a degree in industrial engineering.

He came to Selma in 1952 after serving in the Navy during the Korean War and was employed by Selma All Locks. He was then hired as sales manager by Southland Mower Company and was eventually named president of the company. He served in that role for 16 years before retiring in 1985.

“I remember one time he got me a demo lawnmower, and I’ve still got it by the way,” said Dallas County Probate Judge Kim Ballard, another close friend of Peak’s.

“It had dents all over it. It ran good, but I asked him what’s with all these dents. They would run it over steel marbles to test it, and then change the blades on it.”

During his career, Peak was named to the National Board of Directors of the Outdoor Power Equipment Industry, where he served for five years.

Lewis said Peak left a lasting impression on those that knew him. He described it as one of “honesty and integrity.”

“I can just see him smiling coming into my office with a big smile and his hand out for a handshake,” Lewis said. “His favorite word was attaboy. When he would greet people, I would always see him go ‘my friend, my friend.’”

“He was one that if he got a hold of it, he wasn’t pointing the finger and saying you go do it,” Lewis said. “Bruce’s attitude was follow me.”

Peak also had a love for gardening.

“I’ve sat on his back porch a many a day and talked about gardening,” Ballard said. “He loved his garden. He grew all kinds of vegetables. He’d have cabbage and carrots and everything else. He recalled himself planting me a row of potatoes, and he had a running feud with the moles. I never did get the potatoes. He always said the moles got them.”

Peak is survived by his children, grandchildren and great-grandchildren. Funeral services are scheduled for today at 2 p.m. at Cornerstone Presbyterian Church. Burial will follow at New Live Oak Cemetery.

“Bruce was a fine fellow,” Ballard said. “The community will miss him.”