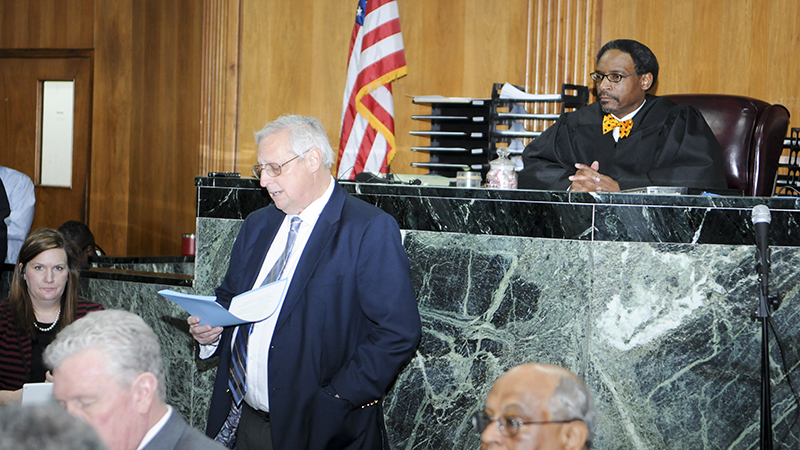 The bar paid homage to Keith’s 45-year legal career and his service to the community by signing a resolution and reading it aloud in court.

Keith, a former prosecutor for the city of Selma and assistant district attorney, passed away on July 17, 2017, after a brief illness at the age of 71.

The resolution was read aloud in court by attorney Cartledge Blackwell, a member of the Dallas County Bar Association.

“Our brother Parke has left to those of us who survived him an admirable and honorable legacy,” the resolution reads.

Keith was born in Selma on March 24, 1946, to Chambliss Keith Jr. and Caroline Atkins Keith. Both Keith’s father and grandfather were also lawyers, making Keith a third-generation attorney.

During his 45-year career, Keith was appointed to serve as Special Attorney General for the state of Alabama to handle condemnation work and criminal appeals. Keith was a partner at his family law practice Keith and Keith. He was also a partner in the Blackwell & Keith firm for 16 years.

Keith spent a number of years on the advisory board for AmSouth Bank and also served several years on a number of boards for corporate entities.

Outside of the courtroom, Keith spent time playing golf and with his family. He also had an interest in airplane history due to his father’s service in World War II.