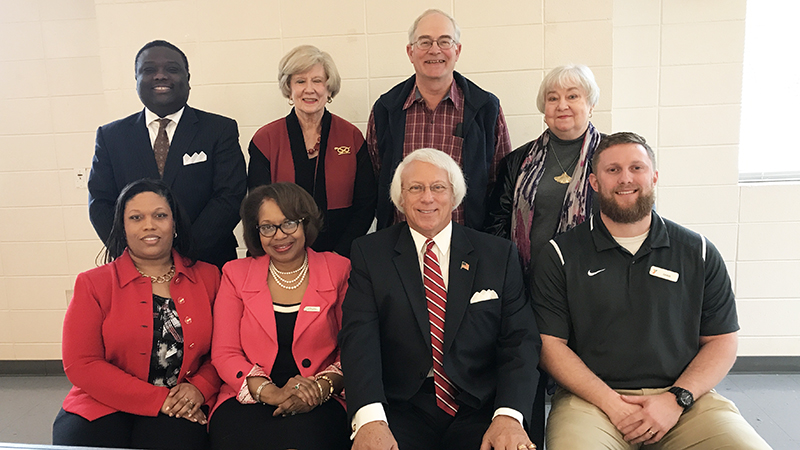 Old and new members of the YMCA of Selma-Dallas County’s board of directors and staff members sat down for a meeting with recently appointed interim CEO Bob McGaughey Thursday.

McGaughey comes in to fill a void left when former CEO Ann Murray decided to leave the YMCA.

While McGaughey has built a solid reputation in his field, he understands his transitional role as the YMCA looks for a permanent replacement. He will serve as CEO for 90 days.

“Seeing an organization so integral to the community, I saw an opportunity for me to help during the transition,” McGaughey said. “I have a long history with this YMCA, which is why I accepted the job in the first place.”

During the meeting, they discussed the YMCA’s plans for the 90 days under McGaughey’s leadership and for the rest of 2018 in general. Much of the discussion was centered around increasing their marketing and expanding the activities and events available to its members, such as a summer basketball camp or volleyball camp.

To reinforce their marketing presence, the board and staff discussed options to better reach out to the people.

Members such as Denisha Hendricks, associate director, have been going to radio to ensure Dallas County residents are aware of their resources.

They plan on establishing a productive relationship with newspapers as well.

In order for achieve their goals, the YMCA understands that fresh ideas and solid leadership is necessary. Chase Morris, associate program director, believes his colleagues are up for the task.

“It is going to be huge having someone with his (McGaughey’s) experience working with the YMCA,” Morris said.

“This meeting was very informative with a lot of good ideas to get the word out.”

According to chief board officer Juanda Maxwell, it is not yet known who will come in full-time once McGaughey’s term is up.

Other upcoming events for the YMCA include their Father-Daughter dance. For more information about the YMCA of Selma-Dallas County, visit their website at www.ymcaofselma.org.