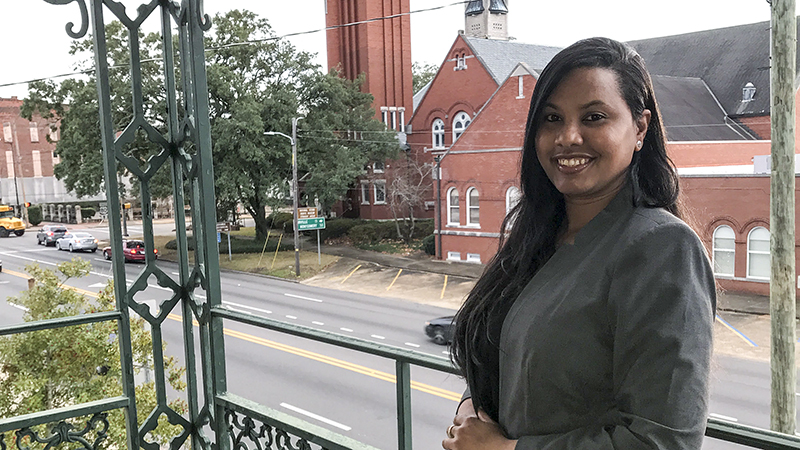 Mobile native Barja Wilson has been named executive director of the Selma Redevelopment Authority. She has a background in architecture as well as private and public sectors.

The Selma Redevelopment Authority is hosting a meet and greet for residents to get acquainted with its new director.

Established in 2017, the SRA wants the community to have a better understanding of what their job entails.

Also, this is an opportunity for people to meet their new executive director over the organization, Barja Wilson.

“I am still learning more about the city and getting to know everybody,” Wilson said. “This event provides the community an opportunity to get to know me. We are introducing the SRA to the people of Selma.”

The SRA dedicates it’s time to finding ways to revitalize the city’s economy and infrastructure. Wilson has previously served in governmental roles for cities, such as her hometown of Mobile. While there, she worked with multiple architectural design firms and also for the planning and zoning department.

Receiving their authority from the Selma City Council, the SRA is instructed to monitor the progress of new ways to advance the city, which includes a need to work within the public and private sector. While she has years of experience from construction firms she has worked with, she also has experience working for the public as well.

The city of Mobile and the Prichard Housing Authority, who works directly with Housing and Urban Development, are a couple of entities she has worked.

Since her arrival, the SRA has helped acquire a grant to expand Wi-Fi for Downtown Selma. According to Wilson, she plans to renovate the St. James Hotel, is working on programs that have the support of Alabama Power and wants to open up a revolving loans program in Selma. While much of the focus will be on the new director of the SRA, other members of the board will be present to speak to the community as well. This includes Juanda Maxwell, who is looking forward to what Wilson has in store and also to seeing what the community in interested in.

“I am so excited that she (Wilson) was willing to move to Selma and work with improving our city,” Maxwell said. “We need a meet and greet like this, because we won’t see any progress going forward until we have everyone on the same page.”

Wilson was chosen for the position in late 2017.