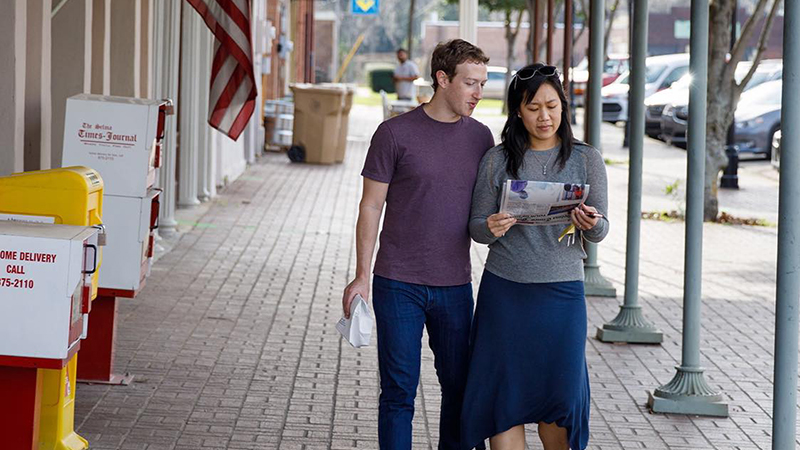 Prior to announcing the change, Facebook chairman and chief executive officer Mark Zuckerberg spoke exclusively to Dennis Palmer, publisher of The Selma Times-Journal, a small community newspaper in Selma, Alabama, where he and his wife, Priscilla, visited last year as they toured the country.

Zuckerberg said the change in News Feed stems greatly from their cross-country tour, where they spoke to people in communities large and small, who consistently told them they wanted to see more local news on Facebook.

“A lot of people would tell me that there are all these really divisive national issues, but they feel like we have a lot more in common for what we all want than what you might think by reading a lot of the news that’s out there,” Zuckerberg said.

Facebook identifies local publishers as those that are clicked on by readers in a tight geographic area, said a release from Facebook detailing the change.

“If a story is from a publisher in your area, and you either follow the publisher’s Page or your friend shares a story from that outlet, it might show up higher in News Feed,” the release said.

Facebook announced earlier this month the amount of news in News Feed would go down, instead focusing News Feed on “meaningful social interactions with family and friends over passive consumption.”

Zuckerberg said Facebook’s commitment to prioritizing trusted local news sources is part of Facebook’s overall effort to help people engage with the community they live in.

“There’s a lot of discussion on the impact of social media on individuals and on society, so our major focus for 2018 is to make sure what we build isn’t just fun for people to use, but is good for people’s well being and for society overall,” Zuckerberg said.

“There’s a lot of research that suggests that people who read local news are more engaged in their community and they’re more likely to engage in civic improvements. The more informed you are about issues in your community, the more empowered you are to get involved and make a change.”

Facebook said in its release the News Feed change is taking effect in the U.S., with plans to expand to more countries this year.

“There are no constraints on which publishers are eligible, which means large local publishers will benefit, as well as publishers that focus on niche topics like local sports, arts and human-interest stories,” said Facebook in its release.

“That said, small news outlets may benefit from this change more than other outlets, because they tend to have concentrated readership in one location. All of our work to reduce false news, misinformation, clickbait, sensationalism, and inauthentic accounts still applies.”

In addition to prioritizing local news, Facebook is also testing a dedicated section that connects people to news and information in their community, called Today In. It is currently being tested in six U.S. cities with plans to expand in the coming months.

Palmer said Facebook’s commitment to highlighting trusted local news was evident in that Zuckerberg chose to speak to a small town newspaper publisher ahead of Facebook’s release of the News Feed change worldwide.

“Certainly Facebook has been, and will continue to be, an excellent way for community newspapers such as our own to engage with people who live in Selma and those who are interested in our community,” Palmer said.

“There are lots of folks who like to think newspapers are dying, and we’ve certainly had our challenges as an industry and have been slow to respond to change over the past 10 years, but through our legacy print product, our digital product and our social media channels such as Facebook, we now engage with more people than we ever have, and that’s certainly important as we seek to serve our community, and those who live here, well.”