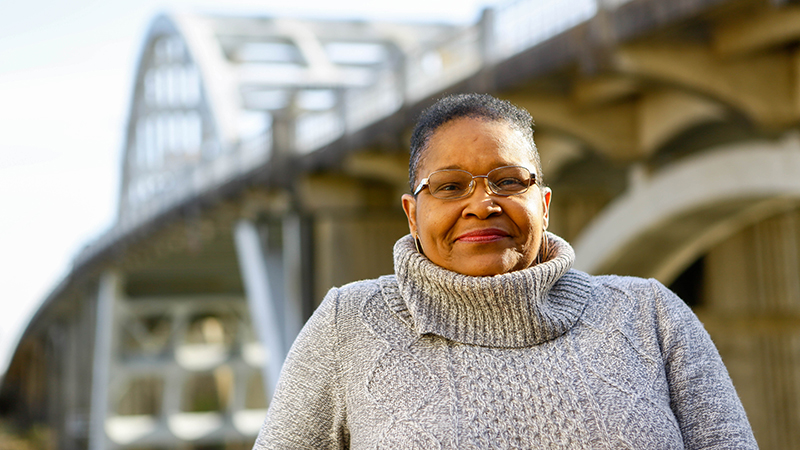 Selma native and author Linda Lowery’s book about the Selma to Montgomery march is being turned into a one-woman show in New York.

A Selma native and award-winning author is seeing her book, “Turning 15 on the Road to Freedom: My Story of the 1965 Selma Voting Rights March,” being turned into a play in New York.

The book details Linda Lowery’s experience with the voting rights march of 1965 that went from Selma to Montgomery.

Lowery says she was the youngest one to march the entire distance, turning 15 on the second day of the march.

The book was released in 2015 and almost immediately became a hit, winning awards such as the Jane Addams Children’s Book Award.

Over two years later, the book has been turned into a one-woman play at The Center at West Park in New York. The play goes from Jan. 10 to Jan 20. The first two days of the production were sold out.

“I never imagined I had a story to tell,” Lowery said. “I never expected it to impact so many children. Inspiring other people is an awesome thing for me.”

Lowery was touched by the success of her book and the difference she was making in the lives of kids.

She recalls one kid coming up to her and hugging her, calling her “Linda.” This was not meant to disrespect, and Linda believed the child had identified with the 15-year-old version of herself from the book.

Lowery said the people she worked with at Dial Books for Young Readers helped her channel her 15-year-old voice and perspective.

She travels speaking at events and inspiring children. She tells them stories about how it was being a child and participating in something so pivotal. The stories she tells attempt to encourage the audience that no one is too young to make a difference.

“I tell children that the change can start with you,” Lowery said. “I was jailed nine times before I turned 15. I was not jailed for hurting anybody, but for my beliefs. I was a proud jail bird.”

One life directly impacted by Lowery’s story was the life of an Aleppo girl. She had heard Lowery speak at an event about the death of her mother when Lowery was just 7 years-old. Her family credited her death to the inadequate health treatment available to her because of the color of her skin. Lowery made a vow at the age of 7 to stop the deaths of other mothers due to discrimination.

The girl from Aleppo, Syria took this to heart. She was around the same age as Lowery, and also had a mother who had lost her life. The girl made a vow much like Lowery made herself decades ago.

Positively influencing children’s lives brings joy to Lowery for many reasons, including the reminder it gives herself of who impacted her life.

“I remember the first time I heard Dr. King speak,” said Lowery. “He told the church audience ‘you can get anyone to do anything through steady, loving confrontation.’ I knew right then that was how I was going to be able to make a difference in the world.”

Lowery is heading up to New York this weekend to attend a special event and watch the performance of her book.

For more information regarding the play or The Center at West Park, visit their website at centeratwestpark.org.