Home is total loss after fire 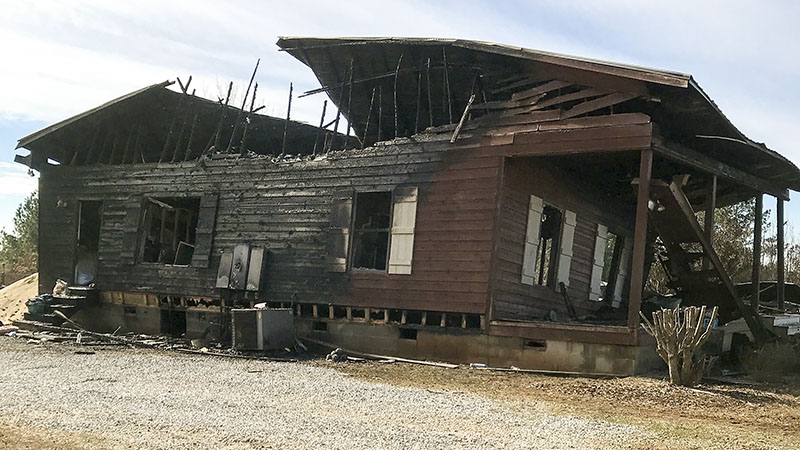 A Tuesday morning fire destroyed a home in Valley Grande.

A Wednesday morning fire destroyed a Valley Grande family’s home, but no one was injured in the blaze.

The Valley Grande Volunteer Fire Department received a call about a home on North Lake Drive that was engulfed in flames. Nobody was at home at the time of the fire.

The call reporting the fire was placed at 9:34 a.m. and the fire department responded by 9:52 a.m.

According to Valley Grande public safety director Boyd Pugh, the house was completely taken over by flames by the time firefighters arrived at the scene. Pugh called the home a total loss but said two cats inside at the time were able to escape and are well. The cause of the fire remains under investigation. One of the family members is a student at Morgan Academy, whose Student Government Association is collecting money to help the family start to rebuild.

While it is not known what caused the fire to break out, Pugh still provided a tip to help prevent fires or loss of life in the future.

“People need to make sure they have a working smoke detector,” Pugh said.

SELMA RECYCLES: Plastic can be dropped off next two…