SELMA RECYCLES: Plastic can be dropped off next two Sundays 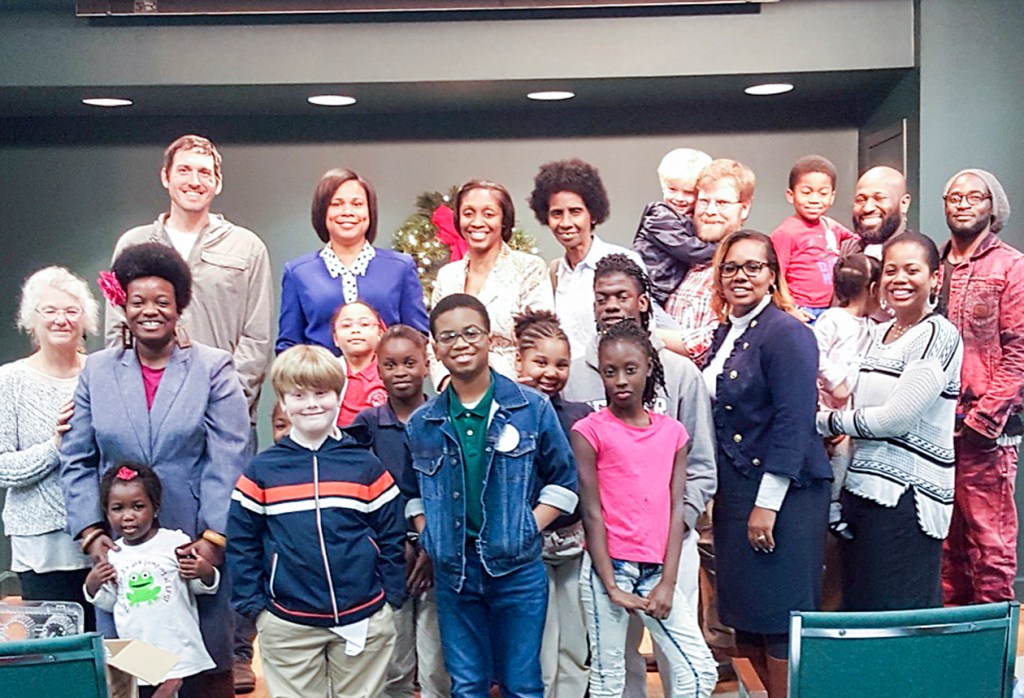 Volunteers have been working in the month of December on a public awareness campaign about recycling led by School of Discovery student Caleb Smith, below right. The next part of the project will be plastic recycling days on the next two Saturdays.

An 11-year-old boy is working tirelessly to provide a cleaner city for the people of Selma. 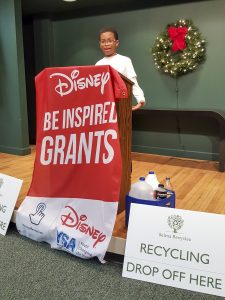 Caleb Smith is the leader of the Selma Recycles effort.

Caleb Smith and his mother Crystal created “Selma Recycles” as an initiative to collect and recycle plastic that would otherwise be thrown on the street or headed to landfills.

The idea is supported by a $500 Summer of Service grant Caleb earned from Disney and Youth Services of America. He was awarded the grant in November.

Selma Recycles aims to inform Selma citizens about the benefits of recycling, the costs associated with littering and providing the city with a way to responsibly recycle plastic.

“The big thing is educating the people here about the importance of recycling,” Crystal said. “If we give a little bit of our time, it will all make a huge difference.”

The organization had volunteer meetings and a door-to-door recycling awareness campaign throughout December. There are also two upcoming recycling drop off days on Jan. 7 and Jan. 14.

The door-to-door recycling awareness campaign was led by the Smiths and a team of more than 30 volunteers.

They went to every door in Ward 3 educating the public about the benefits of recycling and making them aware of the recycling drop off days.

Caleb and Crystal were armed with attention-grabbing statistics, such as the 450-year average it takes a water bottle to decompose in a landfill.

“We hope our work will pay off because we really want people to recycle,” Crystal said. “When people are educated about recycling, they tend to make different choices. There are no more excuses. There is still plastic sitting out on the streets.”

To that end, the upcoming recycling drop off events are aimed to directly impact the environment and the community.

The events are taking place the first two Sundays of January.

The Smiths and their volunteers will set up in the skating parking lot in Bloch Park with recycling bins donated from Selma’s old recycling program.

They will take in various plastic items. During the door-to-door campaign, the team educated the community about the two different types of plastic.

Some bins will be labeled for type “1” plastics, which are thin and clear, such as water bottles.

Plastics placed in the type “2” bins are high density items, such as milk jugs and juice bottles.

Once the bins are filled and the day is over, Crystal and Caleb will transport the goods to Mount Scrap Materials Company located in Montgomery.

Selma Recycles is renting the biggest UHAUL they can find, which will be taken care of with the money from the grant.

In order to spread the word and gain volunteers for Selma Recycles, Caleb visited multiple schools, attended Parent-Teacher Association meetings, spoke to the Selma City Council and reached out to leaders in the community.

“It was a little scary having to speak to so many people,” Caleb said. “But the community wanted to help.”

Dr. Evelyn Evans with Selma Pediatrics donated movie tickets for a raffle. For every bag of plastic a person drops off, they will be able to enter a drawing for the movie tickets.

Selma City Councilwoman Miah Jackson acted as the liaison between the Smiths and other public figures in the city while also directly participating in volunteer work.

“I read an article about the Midway Atoll, the island that has been ruined by plastic coming mostly from the U.S. and China,” Caleb said. “And here in Selma people do not have anywhere to recycle plastic.”

As for the future, Caleb will be applying for more grants so he can continue his work. On Dr. Martin Luther King Day, he and Crystal will host all the Selma Recycles volunteers for a celebration of their hard work.

For more information regarding Selma Recycles, visit their Facebook page.