Bikes given away for Christmas 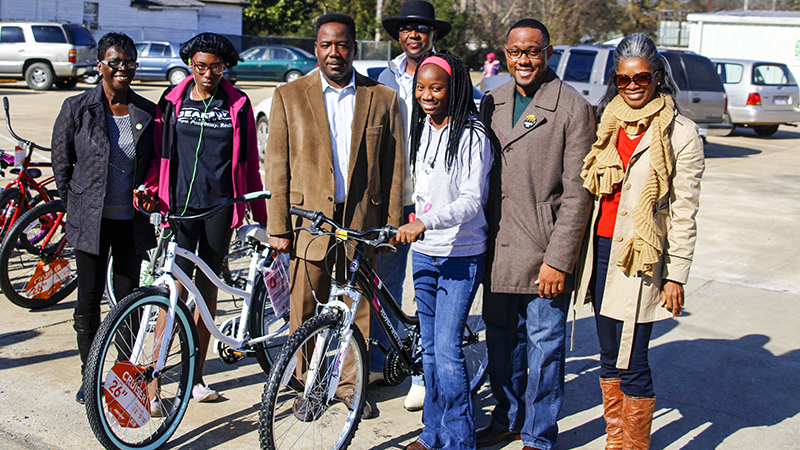 Selma City Councilwoman Jannie Thomas and Tabernacle Baptist Church teamed up for a bicycle giveaway this past Saturday.

The giveaway started at noon and lasted until all the bikes were donated. A total of about 25 bikes were given to children living in Ward 7.

The bike drive was started last year by Thomas to help less fortunate children in her community.

Dion Culliver, pastor of Tabernacle Baptist Church, said it’s a blessing to see others “step up and give to someone else during this time of giving.”

“The church was happy to support Councilwoman Thomas in her effort to provide children of Ward 7 with bikes,” Culliver said.

In addition to donating actual bicycles, community members and local businesses donated about $600 that was used to buy bikes, Thomas said.

Thomas said the goal of the event was to give to the children whose families do not have the financial means to buy them presents for Christmas.

Culliver said it is important the children understand that their family cares for them and so does the community.

“This is the season of giving and many of our parents have the desire to provide their children with a great Christmas but don’t necessarily have the means to do so,” Culliver said.

Thomas said this won’t be the last year of the drive, and she hopes to continue to help the children of Ward 7.

“We try to make our children strong in our neighborhood,” Thomas said.