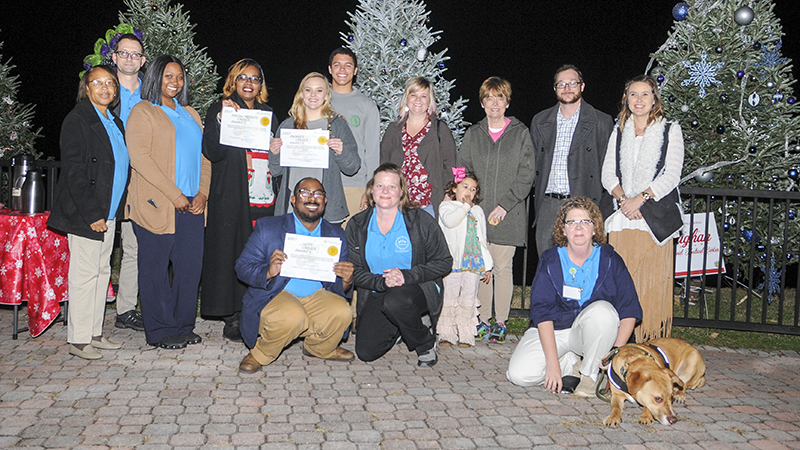 “People really got into the competitions,” said Amy Carmichael, a staff member at the center. “Everybody has really come together and are just enjoying it.”

The Christmas Tree River Walk was a fundraiser for the center, which provides assistance to families in a disconnect state or eviction state, according to Carmichael. James Thomas, executive director, said the river walk raised around $6,500.

“We were trying to come up with a signature fundraiser to do for our agency that was something unique to Selma that has not been done by anyone else in Selma and something that would be family friendly and get people involved,” Thomas said. “When we came across this idea, we just felt like it was perfect. It was something we could do to bring people to the park and to get people out in Selma and into the Christmas spirit.”

There are a total of 41 trees set up along the river walk. Thomas said it was no easy feat getting them set up.

“That was sort of a monumental task, but we got all 41 trees set up in one day, which was awesome,” he said. “Teen Challenge came and helped us with that. If we hadn’t had their help, it probably would have taken us several days.”

Thomas said the center is happy with the way it turned out and hope to make it an annual tradition.

“We’re just really happy with the way that it turned out. Every day I come by here and turn the lights on and off, and every day there are people here enjoying it,” he said.

Carmichael said the Christmas trees have been the talk of the town. She said they will remain up at the park until Dec. 28.