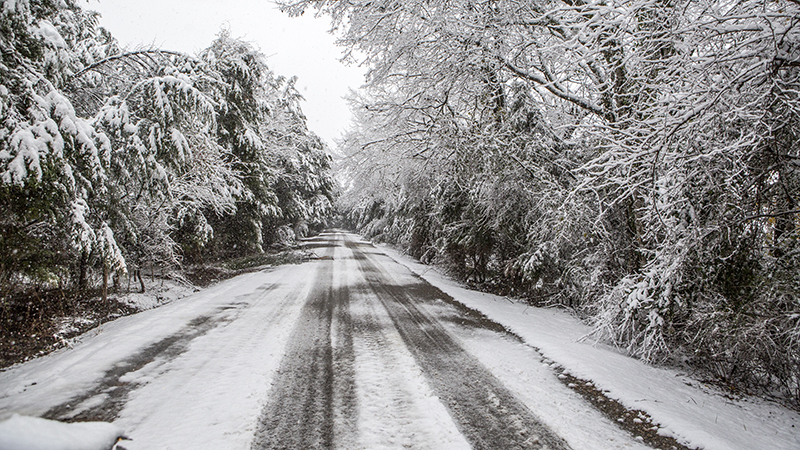 Several inches of snow Friday caused roads and bridges in Dallas County to be shut down.

Several inches of snowfall Friday in Selma and Dallas County shut down schools, city and county governments and roads and bridges.

The National Weather Service in Birmingham forecast half an inch of accumulation going into Friday, but much more than that fell as the snow just kept coming.

“It was kind of like a blizzard at one point outside,” Stiles said. “It was very surprising. We were just expecting accumulation to be on the grassy, high-elevated areas … but that changed.”

Residents in the Summerfield area reported around five inches of snow. One person in Valley Grande measured the accumulation around six inches. The snowfall started early and seemed to end around 11 a.m. until it really started to fall around 12:45 p.m. The snow continued for most of the day and night.

Selma City Schools and Dallas County Schools were going to delay opening until 10 a.m. Friday until finally making the decision to close for the day before students got there. Selma City Hall closed at noon, and the Dallas County Courthouse and Courthouse Annex closed at 1:30 p.m. to allow employees to get home before conditions worsened.

All roads in Selma and Dallas County were deemed impassable around 4 p.m. Friday afternoon, and the county was included in a Civil Emergency Message. Stiles said the decision was made after the temperature dropped, causing snow and ice to start building up on the roads.

“Once I started receiving those calls about ice, I just felt like we needed to make all the roads and bridges in Dallas County impassable because it was hazardous at that point,” Stiles said.

Stiles said road crews with the county and city were busy Friday sanding bridges and roadways.

Roads were officially reopened around 11:45 a.m. Saturday morning after much of the snow and ice began melting. She said a state crew salted the Edmund Pettus Bridge.

“They were passable, but we wanted to wait a little longer to make sure the sun would melt some of that ice and snow off of those bridges,” Stiles said.

While in the office keeping a check on the weather Friday, Stiles said she overheard a number of traffic accidents over the police scanner. There were also reports of trees down.

“The snow did cause a lot of trees down and downed power lines,” Stiles said.