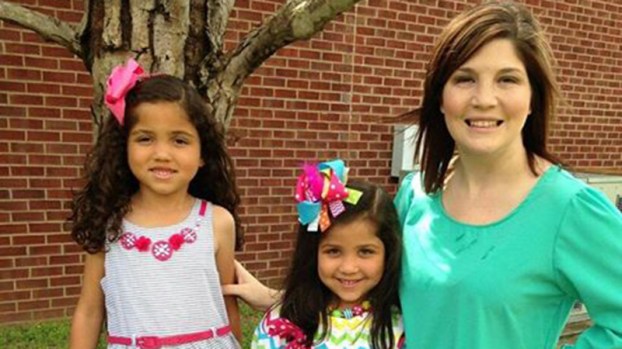 Mary Timmons Scott, 35, who was reported missing with her two daughters Monday evening, was found shot to death in the trunk of a car in a wooded area Tuesday morning.

A 35-year-old Selma woman that was reported missing Monday evening has been found shot to death.

Selma Police Chief Spencer Collier said Mary Timmons Scott was found with a gunshot wound to the head in the trunk of a car in a wooded area several hundred yards behind a home on Dallas County Road 540.

“It’s a difficult scene to look at,” Collier said. “It’s one of those situations where you wonder what could have been done to get her out of the situation.”

Investigators believe she was shot by her ex-husband, Greg Scott, 63, who died of a self-inflicted gunshot wound in Birmingham Tuesday morning.

A public information officer with the Birmingham Police Department said Scott shot himself in front of Earnest Johnson Funeral Home on Zion City Road around 8:20 a.m.

Their two daughters were found safe at a relative’s home in Birmingham. Mary and the two girls were reported missing Monday afternoon by a friend who was worried for their safety. Mary and Greg had been through a divorce and were having child custody issues, according to Collier.

“We think he probably lured her out there yesterday under some guise or some format of deception and unfortunately killed her,” Collier said. “We think that he probably shot her in the house.”

Investigators believe Greg Scott fled the area after killing Mary and took the children to Birmingham.

Collier said the missing persons case was initially reported to the Dallas County Sheriff’s Department, but it was handed over to them because the residence is just inside the police jurisdiction.

“Both us and the sheriff’s office went out yesterday and did an initial search and didn’t locate anything,” Collier said.

He said a statement from one of the children led to another search Tuesday morning with assistance from the state.

A cell phone ping helped narrow down a search area in the woods behind the home.

“We were able to ping the cell phone and at least get a perimeter close to the nearest tower, which was that area,” Collier said. “The Alabama State Troopers sent their helicopter up, and we located the car pretty quickly.”

“It looks planned. It doesn’t look like he went through a very difficult process of concealing it other than the initial, which looks like he did enough to get himself some time to get to Birmingham.”

Collier said investigators are still processing the home and the scene where her body was found. He said Greg was a doctor at Cahaba Mental Health Center, and Mary was a hairdresser at Cuttin’ Loose. According to her Facebook profile, she is originally from Natchez, Mississippi. She also has a teenage son.

The Birmingham Police Department and the state are assisting with the investigation.

Two children that were reported missing with their mother Monday have been found safe, but Investigators with the Selma Police... read more