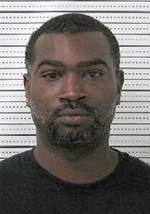 According to Selma Police Chief Spencer Collier, 38-year-old Django Manzie and 36-year-old Demetrius Myers were both arrested and charged after cocaine and marijuana were found inside their vehicle.

Court records show Manzie and Myers were both charged with trafficking cocaine and first-degree possession of marijuana. Collier said they were both being held at the Dallas County Jail on bonds totaling more than $1.5 million each.

The stop happened on the 4,000 block of Old Montgomery Highway around 3:45 p.m. An officer on patrol noticed the two occupants were not wearing seatbelts and making an “abrupt move to the right shoulder” of the road.

The officer activated his blue lights and conducted a traffic stop. The officer made contact with Myers, the driver, and the passenger, Manzie.

Collier said Myers exited the vehicle on his own accord and popped the trunk of the vehicle. He said Myers was hesitant but eventually gave permission for the car to be searched.

While the first officer was talking with the driver, another officer noticed the passenger reach in-between the seats. The second officer then asked the passenger to step out of the vehicle. He then located a large, clear bag of white powder-like substance. 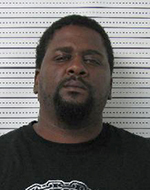 The officers then detained both the driver and passenger. Manzie then told the officers there was also a bag of marijuana under the front seat.

“When asked on the scene who all the narcotics belonged to neither suspect would admit to ownership,” Collier said. “The passenger stated that ‘it’s like ours together.’”

They were both then arrested and charged. Court records indicate both men had an arraignment hearing Monday with District Judge Bob Armstrong.

Records show Myers does not have any prior violent or drug-related charges. Manzie is out on bond for a third-degree domestic violence harassment charge from July 2016.