A 30-year-old man wanted for shooting at another man and injuring him at a Selma business on Highland Avenue Saturday afternoon has been arrested. 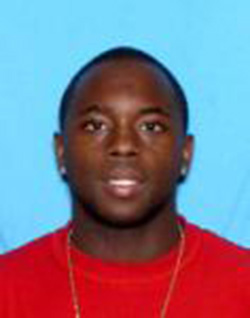 “We found out his address and went to his house, and he was in the backyard feeding the dogs,” Neely said. “We didn’t have any issues.”

According to an arrest report from the Dallas County Jail, Woods was being held on a $60,000 bond. He has since made bail.

Woods allegedly opened fire in the Marvin’s hardware store parking lot around 12:30 p.m. Saturday. The store was open and customers were present when the shooting happened.

According to Neely, some sort of argument or altercation led to the shooting.

“One guy pulled out a cut-down assault rifle and shot the other guy in the head, grazing him,” Neely said.

The victim, which has not been identified, was transported to Baptist South in Montgomery and was listed in stable condition.

Woods was identified as the shooter by the victim.

According to Neely, Woods told officers the victim allegedly robbed him in the past.

“From talking to him, the guy that he shot was supposed to have robbed him some months earlier,” Neely said. He said the victim was never charged for the alleged robbery.

Woods fled the scene but was arrested the next day at his home. Neely said only one shot was fired from the 7.62×39 caliber rifle.

It is unclear when Woods will make his first appearance in court. Court records show Woods has been charged in the past with multiple counts of shooting in an occupied building. One charge is from February 2017, and the other two are from November 2016 an April 2009.