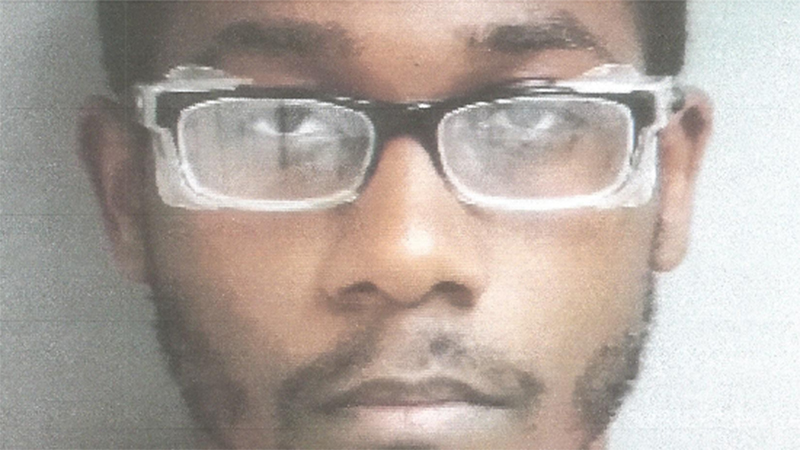 A Georgia man is behind bars after allegedly throwing his girlfriend out of the car and leading Selma law enforcement officers on a high-speed chase that spanned five different counties.

The district attorney said Jackson was attacking his girlfriend in the Belk parking lot Sunday afternoon while driving at a high rate of speed. He said a deputy with the Dallas County Sheriff’s Department saw what was happening and initiated the chase.

Earnest “LaRay” Donaldson with the Fourth Judicial Circuit Drug Task Force said he was at home listening to his police scanner when he heard over the radio that Jackson threw his girlfriend out of the vehicle near the intersection of Highland Avenue and Broad Street. That’s when he decided to help out.

“I didn’t want somebody who just committed a crime like that where he threw her out of the vehicle to just get away,” Donaldson said.

Donaldson went to the last location he heard over the scanner and continued on U.S. Highway East until he spotted the vehicle near Dallas County Road 7.

“We were at 98 miles per hour when I pulled up behind him. He saw me in the rearview mirror and that’s when he sped up. He got up to about 100 miles per hour,” Donaldson said.

When they got near the Dallas County and Lowndes County line, Donaldson said he sped up and got beside Jackson.

“I got beside him to just get him to pull over. He wasn’t going to outrun me,” he said. “That’s when he looked over at me white-knuckled in a 10-2 position on the steering wheel and he came over toward my vehicle and sideswiped my vehicle.”

Donaldson said he maintained control of his vehicle and backed off.

“He got a little ways in front of me and slammed on breaks and tried to make me hit him from the rear, and we did. We made contact, and that’s when he thought my vehicle had stopped,” he said. “I stopped for a second, and that’s when he looked back at me and punched it again.”

Donaldson said he continued to pursue Jackson and called ahead to the Lowndes County Sheriff’s Department. He said a deputy set up a roadblock, but Jackson managed to get around it.

“He had traffic kind of backed up on both lanes on the eastbound side … and the guy just went out in the median, jumped the crossings recklessly and managed to avoid the roadblock,” he said.

Donaldson kept chasing him through Montgomery to Interstate 65 between 90 to 100 miles per hour.

“He’s dodging in and out of traffic, cutting cars off, using the shoulders of the road to pass vehicles, so I stayed with him,” he said.

Donaldson said Jackson tried to take the exit onto Interstate 85, but an officer had it blocked.

The chase made it to Prattville, and eventually, Jackson started to slow down when he got into Chilton County. Donaldson said Jackson’s car ran out of gas, and he had nowhere to go.

He waited for backup to arrive, and Jackson was taken into custody without incident.

Donaldson said he is just thankful no one else got hurt during the chase, which he said stretched around 100 miles. Donaldson was at a body shop Monday to get an estimate on the damage done to his car. He said it was banged up but still drivable.

The female was treated and released, according to Selma Police Chief Spencer Collier.