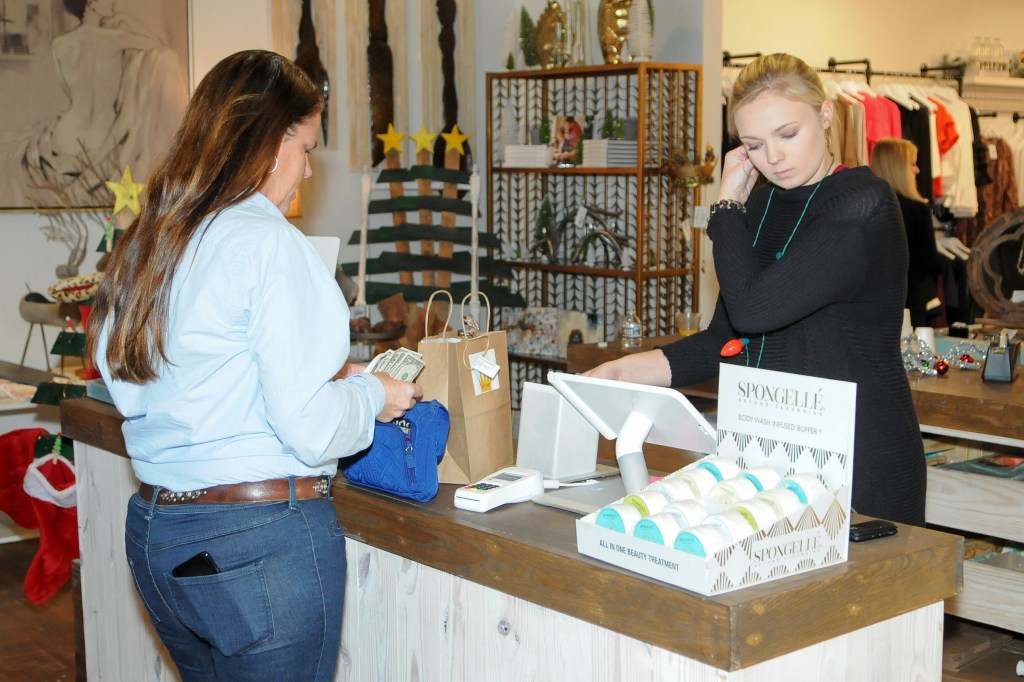 Big box stores like Walmart and Belk weren’t the only ones crowded for Black Friday.

Several locally owned stores saw a steady flow of customers too and hope that trend continues for Small Business Saturday.

Allez-oup, Queen City Market and Rountree Outdoors were just a few of the locally owned stores offering Black Friday deals for their customers.

“We beat last year’s numbers already, so it has been great,” she said. “I’m just thrilled and kind of on edge. I just can’t wait to see how we end up doing. It’s been a record day already.”

Boyd said the store had several promotions to attract Black Friday shoppers, including a special visit from Santa Claus himself.

“It’s been an exciting day,” she said. “We had giveaways all day, we had a super sidewalk sale with prices slashed tremendously and then with every purchase we did giveaways.”

Boyd said she was nervous about how the store would do, but there was a steady flow of customers throughout the day.

Rountree Outdoors on Citizens Parkway had its share of success on Black Friday too.

“We’ve been busy since about seven o’clock this morning,” said storeowner Chet Chappelle Friday afternoon. “It’s about what I expected. I feel like our crowd so far is slightly bigger than last year’s crowd.”

The store offered 15 percent off of merchandise and had an Iron Bowl theme for customers. Chappelle said the store also had people sign up for a drawing for a $100 gift certificate.

“The one thing that tickles me about this is the people that have been coming in are local people here that are supporting us,” Chappelle said. “I would say probably 80 percent of our customers today have been local people in our community, so they stayed home instead of going out of town to spend money here.”

He said that’s exactly what local stores want –– people spending money in Selma instead of traveling to Montgomery or Prattville.

“Not only does it benefit us, but it benefits the city of Selma and our community because the tax dollars are staying here,” he said. “We need that.”

Chappelle said the store would continue its Black Friday sale through Saturday, and he hopes for a big crowd Saturday morning before the Iron Bowl.

“You see a lot of customers you don’t normally get because they’re in for the holidays. You may not ever see them again, but it’s a little extra business,” he said.

While he was working in the back at the pharmacy, Williamson said he always saw a handful of customers browsing the store.

“Doctor’s offices are closed, so the pharmacy has not been as busy, but every time I look up here, there’s somebody up here. There’d be 10 to 15 people at a time,” he said.

“It’s been busy today, busier than I thought. Usually on Black Friday downtown can’t compete with the bigger stores.”

He said Allez-oup held an open house last week to get a jump on the holiday season and Black Friday.

Williamson said he hoped for a big crowd Saturday before the Iron Bowl.

“When that comes on, there won’t be anybody out here. It won’t be busy at all,” he said. “There may be some early in the morning, but we won’t be super busy.”