JAMMING OUT: Event mixes music with art to raise money for local nonprofit 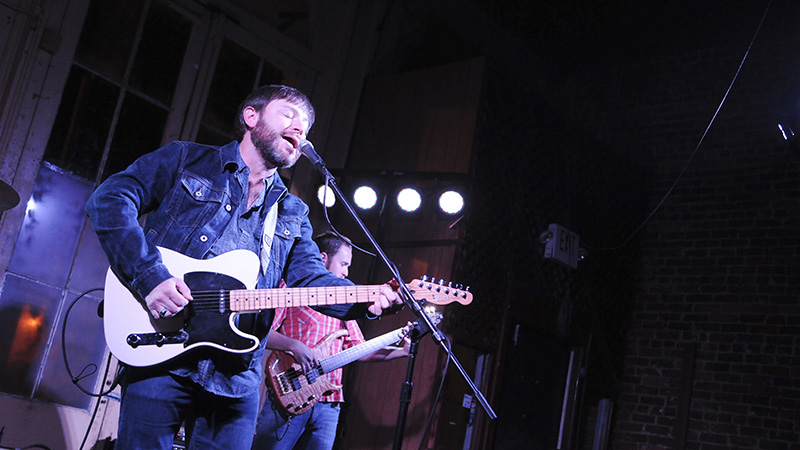 “The combination of art and music crosses all boundaries,” said Blackbelt Benefit Group president Josh Wilkerson. “Music and art are universal. For music and art to be brought together, it gives people a variety of things to enjoy. They can browse the art and listen to music.”

The event started with an appreciation dinner for the nonprofit organization’s sponsors that featured a meal from Selma native Mac Russell’s Shindigs Catering. 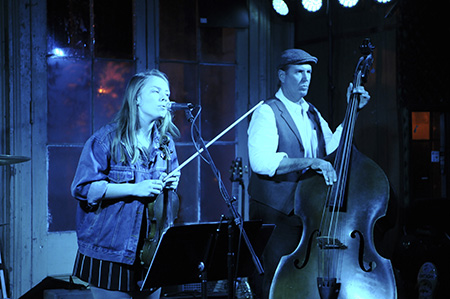 V.K. Spencer sings Friday night at Play Selma during Art Jam. She performed with her brother, Mac, and father, Chip.

The event also featured art from locals Anne Smith Reeves, Kim Peake, Cindy Stoudenmire, Jeff Hughes and Christina Lee, who did a live painting during Hood’s performance like she has done in the past at Blackbelt Benefit Group events.

“To be a part of the music and to create while others are creating and playing … it brings people together,” Lee said about getting to paint live. “Music inspires me to paint and makes me feel free.”

Lee, a Demopolis native, donates her live paintings to the group to sell to raise money for its many projects.

Their art work was on display in Side Porch Sandwiches for people to look at and purchase.

After dinner and art, the music got started with Marion Junction’s own Mac and V.K. Spencer accompanied by their father Chip Spencer on bass. Up next, it was Adam Hood to headline the show.

Donning her Adam Hood hat and t-shirt, Teresa Lassitter, who said she was Hood’s biggest fan, anxiously awaited him to take the stage.

“I’m his number one, biggest fan in the whole world,” she said. “I’m super excited. He is such a great artist.”

Lassitter met Hood before the show and even got an autograph and her picture made with him. As he took the stage, she made sure to get a spot up front.

Wilkerson said Art Jam had a great turnout, and the event continues to get support from the community.

“The community comes together and supports us. They don’t let us down, and that’s encouraging and gives us the boost we need to continue,” he said. “

The proceeds will help with the Grow Selma Community Garden.