Murder suspect brought to Selma after release from Jefferson County

A 22-year-old Selma man has been charged with a 2015 New Year’s Eve murder after pleading guilty to another murder in Birmingham. 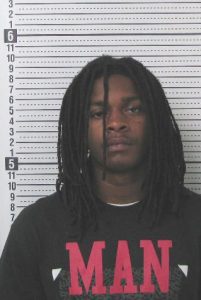 According to Sgt. Ray Blanks with the Selma Police Department’s Criminal Investigations Division, Alfred Kenterius Parnell Jr. was identified as a suspect by witnesses.

A warrant was issued for his arrest in January 2016, but they learned he had already fled the city.

Parnell was then arrested in March 2016 by U.S. Marshals for the murder of 18-year-old Maliek Lamare McBride in Birmingham.

Al.com reported Parnell was set to go to trial this week but pleaded guilty to a lesser charge of murder instead of capital murder. He was sentenced to 20 years, split to a 20-month sentence of time served. Al.com also reported he was given three years of supervised probation and was ordered to be released from the Jefferson County Jail.

Investigators believe Stallworth was an innocent bystander and got caught in the crossfire between Parnell and other suspects connected to a string of back-and-forth shootings.

Stallworth was shot multiple times and died six days later in the hospital in Montgomery.

The fatal shooting is believed to be retaliation for Parnell’s brother, Eric, who was shot in the back the day before on the 2100 block of Church Street.

Later that day, Nikki Olds was shot in the arm on Tucker Avenue.

The shooting continued on New Year’s Eve when Whatley’s mother, Mary Whatley, was shot and killed leaving her home on the 1600 block of Maple Street. It is unclear if any charges have been filed for her murder.

An hour later after Whatley’s death, Stallworth was shot.

There are no court records yet for Parnell’s murder charge in Selma.

Blanks said Parnell is being held at the Dallas County Jail without bond.