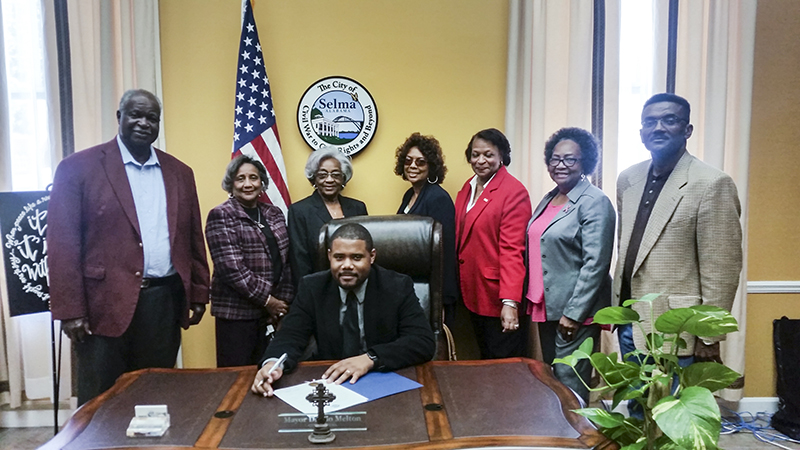 The special day was Tuesday, Nov. 14 and included Selma Mayor Darrio Melton declaring it such by presenting the organization a signed proclamation.

On Wednesday, the retirees will be provided lunch by principal Dyphelia Thrash and Clark Elementary School.

Recognizing the contributions retired educators have made, the Alabama Legislature passed Act No. 90-183 to honor Alabama’s education retirees.

The joint resolution sets aside the Tuesday of American Education Week each year for recognition of the state’s retired education personnel.

Ward said the chapter is proud to participate in the events honoring education retirees across the state and especially in the Selma/Dallas County area.