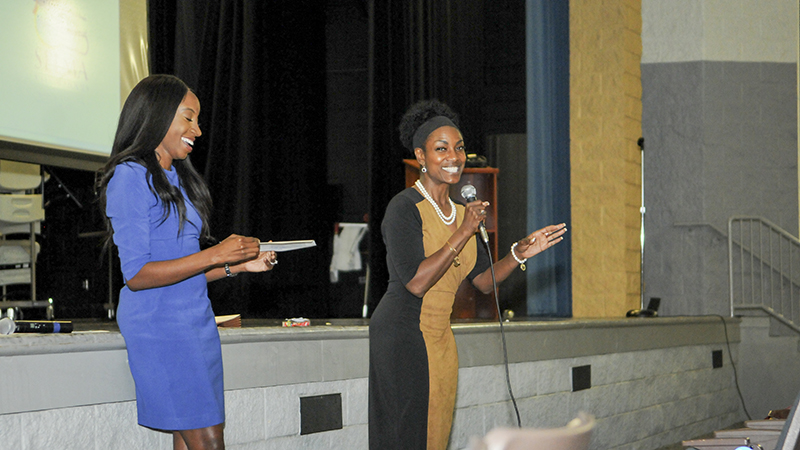 Dr. Avis Williams, new superintendent for the school system, said she wanted to create a transition team to help set goals and objectives for the system. The team met for the first time Monday night for orientation and to get acquainted with one another.

“It’s really a collaborative effort because the schools are everybody’s business.”

The team is made up of more than 40 people and will be divided into four different committees to focus on four areas that have been identified –– teaching and learning, culture, climate and community, leadership and management and facilities and technology.

“The areas have been identified, but to move forward [we have to set] goals and objectives within those four areas to strengthen Selma City Schools and the community as a whole,” Williams said.

The work done by the team will be used to develop a new strategic plan for the school system, which is something Williams said she wanted to do to get the system going in a new direction.

“I’m super excited that the board approved for us to write a new strategic plan, so the work of this team will ultimately become our strategic plan,” she said.

Krystal Hardy Allen, a Selma native who runs an education consulting firm based in Louisiana, is helping with the process.

“Everyone in this room knows where we have been, right,” she asked the team. “We have seen many different strategies, approaches, we’ve seen things that work, things that we thought were going to work and didn’t work, etc., so we want to really step back and think for four core areas of the work moving forward, how do we operationalize what our goals are.”

She said they want to set goals that are specific, measurable, achievable, realistic and time-bound, and they need to develop strategies to help accomplish those goals. Williams said this process will allow stakeholders to have  ownership in the system.

“I want all voices of all stakeholders to be heard, so when we’re making decisions or analyzing data when it relates to student needs, I want to hear from parents, and I want to hear from students because oftentimes these conversations are held, and we don’t include the students, which is a big mistake on our part as educators and as adults,” Williams said. “I want them to be at the table as we’re having those discussions so that they can help guide us in the direction that’s in their best interest.”

Williams said she has seen a lot of excitement from the community surrounding the school system since she came on board in October, and she hopes to continue to see that.

“It’s so exciting, and that’s been the one thing that has resonated with me as the new superintendent. It’s just the level of excitement that the community has about going forward,” she said. “We need everybody on board in terms of all stakeholders being involved in this, and thus far, that’s exactly what I see happening.”

The goal is to have a plan developed by March, so she is asking the team and committees to start setting up meetings, gathering and analyzing data and coming up with goals and objectives.

“There is some flexibility there, but that will be the goal right now, and that’s before we get the input and start wrapping our arms around the work that has to be done,” Williams said. “Ultimately, I certainly want to be ready to implement a new strategic plan for the 18-19 school year.”