Southside’s season ends in first round 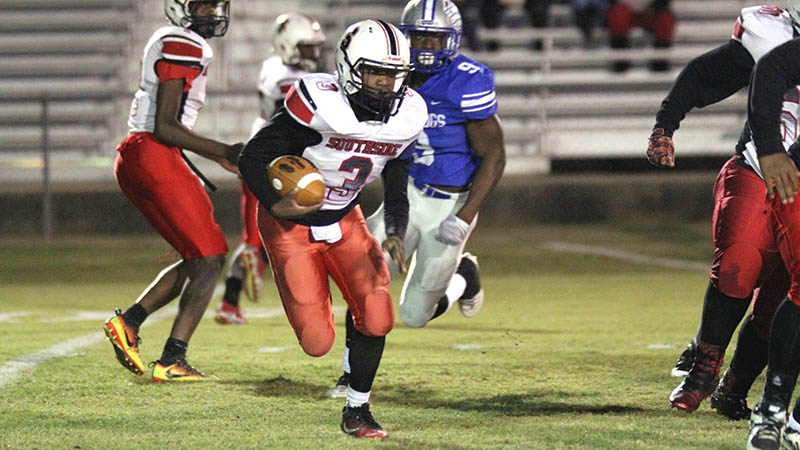 Southside running back Rickey Webster stretches the run play to the outside in the 56-8 loss to Clarke County.

The Southside High School Panthers playoff run ended in the first round against the Clarke County Bulldogs in a 56-8 loss on Friday night.

The team fell victim to turnovers and were unable to contain the Bulldogs running back Austin Kinsey. He ran for more than 150 yards according to Southside head coach Daniel Flowers.

“I felt like Austin Kinsey took over the game,” Flowers said. “We just had a bad game.”

According to Flowers, this was the physical game he predicted earlier this week.

Southside quarterback Malik Johnson had a tough game throwing the ball with four interceptions, but he did have one big passing touchdown to Keshawn Arrington to get the Panthers on the board.

The Panthers finished the season 7-4, and this was their second playoff appearance in a row.

The team battled through a season where they were victorious in three overtime games and finished third in their region.

They battled through injuries all season and still managed to make it back to the playoffs.

“I told the seniors they should be proud,” Flowers said. “You don’t get to the playoffs back-to-back years off of luck.”