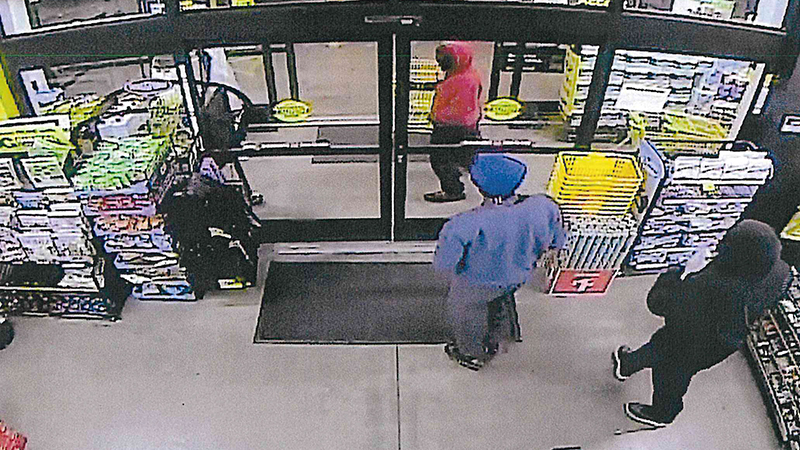 The Dallas County Sheriff’s Department is investigating a Wednesday night armed robbery at the Dollar General on U.S. Highway 80.

The store is located across from the Pine Glen Estates neighborhood in the Craig Field area.

Investigator John Hatfield said the department received a 911 call between 7:30-7:45 p.m. of an armed robbery that had just occurred. Officers with both the sheriff’s department and Selma Police Department responded to the scene.

“We do know that it appeared … that three armed, black males entered the store dressed in long sleeves and hoods over their heads and demanded money,” Hatfield said.

Video surveillance captured the three men, who Hatfield said were allegedly armed with pistols, entering the store. They were dressed in what Hatfield described as sweat suits with their heads covered. One was dressed in light gray, one in red and one in blue.

The suspects took an undetermined amount of cash from the register and then fled the scene.

Hatfield said there were only two cashiers in the store at the time of the robbery, and no one was injured.

Hatfield said it appears the suspects waited until there were no customers inside the store.

“There was also one male standing on the outside of the store,” he said. “They left on what appeared to be on foot and may have had a possible vehicle somewhere in the area.”

“We hope very shortly that we will be able to possibly determine who these subjects are,” he said. “We would also ask anyone in that community if they have anything that we could use to help us in this robbery investigation to call Crime Stoppers or the Dallas County Sheriff’s Department.”

The video does not capture the suspects’ faces, but Hatfield said he hoped someone would be able to identify them by their build or by the clothing they were wearing.

Hatfield said officers searched the mobile home park behind the store and the neighborhood across the street for the suspects but had no success. Hatfield said a K-9 unit was also involved in the search.