HONORING ALL WHO SERVED: Breakfast, program planned for Veterans Day 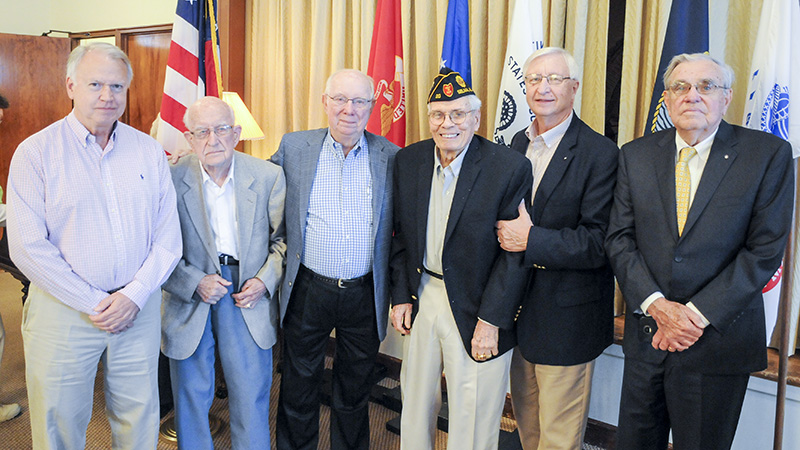 The women’s group at Cornerstone Presbyterian Church celebrated Veterans Day early during their luncheon Tuesday afternoon, where they heard from Major General Sheryl Gordon of the Alabama National Guard.

Gordon is a Selma native who attended Selma High and is also the first woman to earn the highest rank in the Alabama National Guard.

Gordon shared the meaning and origins of Veterans Day at the luncheon and expressed her appreciation to the women’s group for making an effort to honor veterans.

“This country has given each of us more than we could ever give in return,” Gordon said.

After Gordon’s speech, Cynthia Hammerlee took a moment to recognize the six veterans that were in attendance at the luncheon.

The women’s luncheon was just the first of several Veterans Day events that will be held in Selma this week to celebrate the men and women of service.

Michael Johnson’s MJ 93/90 Foundation is hosting a veteran’s appreciation breakfast Friday at Wallace Community College Selma from 8 a.m. to 9:30 a.m. in the Hank Sanders Building located at 3000 Earl Goodwin Pkwy. Gordon will be the guest speaker at the breakfast as well. The event is free and open to all veterans. To RSVP, call Sheryl Smedley at (334) 875-7241. There will be an honors and remembrance ceremony, along with information on veteran benefits, health care and community services.

“It’s very special in that you get to show [veterans] a little extra love,” Thomasene said. “My husband is also a disabled veteran. He lost part of his foot and a couple fingers on one of his hands because he stepped on a landmine. We’re just very thankful that he put that time in and he sacrificed to do what he did… We’re just very thankful that he was able to come back, whether he had 10 toes or eight toes.”

The MJ 93/90 Foundation is welcoming all veterans to come together for the food, fellowship and camaraderie.

“We’re going to do our very best to make them feel appreciated,” Thomasene said.

The guest speaker for the ceremony will be U.S. Army National Guard Capt. Jonathan Brown.

“Veterans Day is the way the nation honors all the men and women of our country who have sacrificed for our country to help maintain the freedoms that we enjoy every day,” American Legion member John Coon said.