Steven Craig Phillips was a successful businessman in Dallas County. 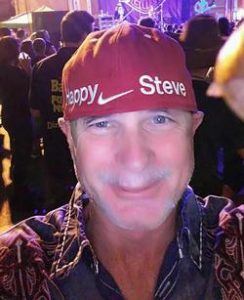 But to many, he was more than that. He was a great friend who loved riding motorcycles, watching Alabama football and helping others.

“Steve was the kind of guy who wanted everybody to be happy,” said Lowell Butts, one of Phillips’ closest friends. “Matter of fact, his nickname was ‘Happy Steve.’”

Phillips, who passed away Sunday at the age of 54, owned Advantage Concrete Contractors, which has been in business nearly 20 years. His father, Bob Phillips, said he also owns Advantage Storage Units and the Laser Shop.

“He was a very highly sought after concrete finisher. He finished concrete all over the state of Alabama and parts of Florida,” Butts said. “He was very sought after because of his detail work. He was a perfectionist when it came to detail on concrete. He was going to make sure that it was right.”

Butts met Phillips when they were in school together, and they have been friends for more than 40 years. Butts said they made a lot of trips to Daytona Beach, Florida, where they made many memories, especially at the Iron Horse Saloon where they liked to eat steak, potatoes, onions and mushrooms.

“He knew that I loved that meal there at the Iron Horse Saloon, and there were a few times I didn’t get to go,” Butts said. “The first thing he would do was send me a picture. He got a kick out of sending me that picture of him eating that stuff.”

Ricky Waters, another close friend of Phillips, would also go to Daytona with him.

“He and I have been going to Daytona for 15 years. This was the first time he didn’t make the trip with me,” Waters said. “Everyone we’d see that we’d met over the years would ask me where’s my sidekick, where’s Happy at.”

Waters built Phillips a custom motorcycle a few years ago.

“Steve goes and spends twenty-something thousand dollars on a motorcycle, brings it to my shop and says I want you to build my bike,” Waters said. “I said Steve, this motorcycle has 90 miles on it. He said you know what I want, here’s my credit card, order any parts you need.”

Waters said he tore the brand-new bike down to just the frame and engine and rebuilt it, painted it and put Phillips’ signature peace sign on it. On Saturdays, Phillips liked to watch the Alabama Crimson Tide.

“He made you feel like coach [Nick] Saban called and got his blessing before the game,” Waters said with a laugh.

Outside of motorcycles, football, gator hunting and concrete, his friends said he was just a good man. “He was a man of very small words, but he always had big actions,” Waters said. “If he told you something that he was going to do, you could bank on it. He was a man of his word. If there ever was a true guy that gives back, Steve was that guy.”

Phillips’ father, Bob, said his son was an organ donor, and even though he is no longer here, he is still helping others. Funeral services are scheduled for Wednesday at 2 p.m. at Selma Funeral Home. Visitation is scheduled for tonight from 5-7 p.m.