Legality of nightclub where fatal shooting took place being investigated 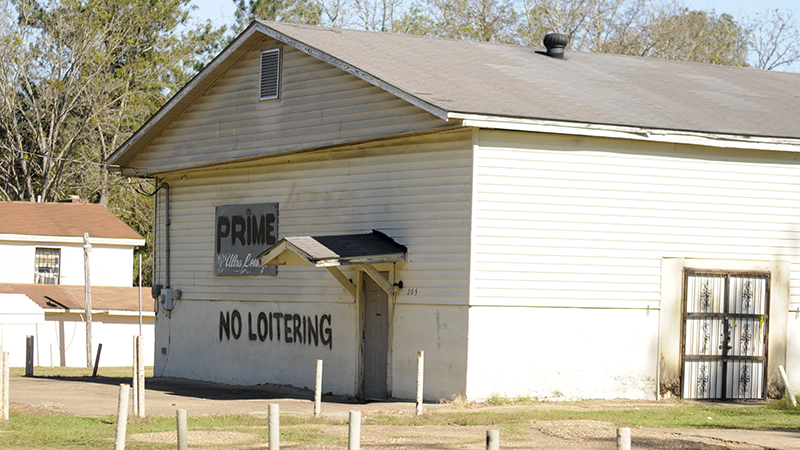 The legality of an event hall that was the scene of a fatal shooting over the weekend is being investigated. Prime Ultra Lounge’s owner said the building isn’t a nightclub but it’s advertised “$5 shots,” “$10 to enter all you can drink,” and “exotic entertainment” on Facebook.

The tragic death of a 20-year-old woman at an east Selma nightclub early Sunday morning has left many in the community with unanswered questions. Among them is if the nightclub she was shot and killed at was operating legally.

The club is located at 205 South Maxey St. and is called Prime Ultra Lounge. It is also known as D’s Night Spot.

According to police, Shykereya Leggett was shot and killed there while exiting the building around 2 a.m. Selma Police Chief Spencer Collier said a gunman opened fire with a high-powered rifle from about 25 yards away from a dark, secluded area. Collier called the shooting an act of cowardice.

The Times-Journal has requested information from the city of Selma’s Tax and Licensing Department for business license information for the address but has yet to receive a response.

The Alabama Alcoholic Beverage Control Board said Wednesday there are no records in their system that indicate the club was licensed to serve alcohol. Collier said the ABC Board confirmed with the department there was no liquor license issued to the venue.

He said the department will consult with the ABC Board and Dallas County District Attorney Michael Jackson to discuss possible criminal charges for the lease holder.

Anthony “Amp” Webster, who rents the building for private parties, said the building was being rented for a birthday party Saturday night when the shooting took place.

“We were renting the building out for a party,” Webster said Wednesday about Saturday night’s event. “It was a birthday party.”

A flier shared on Webster’s Facebook page advertising the event advertised “$10 all you can drink.”

Webster said the venue is not being operated as a nightclub, but multiple fliers dating from October back to at least May indicate otherwise.

There are fliers promoting birthday parties and other events, including the Floyd Mayweather and Conor McGregor fight in August. Some of the fliers read “$5 shots all night,” “$10 to enter all you can drink,” “$10 all you can drink” and even “exotic entertainment.”

Webster said he does not have a liquor license, but said he has a business license. The city of Selma’s Tax and Licensing Department has yet to confirm that. Webster said the venue used to be run as a nightclub but stopped in 2015.

“We started out like that, but it was slow, so I always rented it out,” Webster said. “That’s how I started renting it out, for parties.”

Webster said he plans to shut down after Saturday night’s shooting.

“I’m probably just going to stop it altogether,” Webster said. “That’s probably going to be it.”

Ward 8 Councilman Michael Johnson, whose ward includes South Maxey Street, said he was also going to make sure the club was no longer open.

“Whatever it takes. I don’t care who got upset, we’re going to close it down because an innocent person should be able to go somewhere and enjoy themselves without this happening,” Johnson said. “I think it’s really sad. I’m so sorry for the young lady.”