College basketball is back, WCCS and Selma University tip-off the season 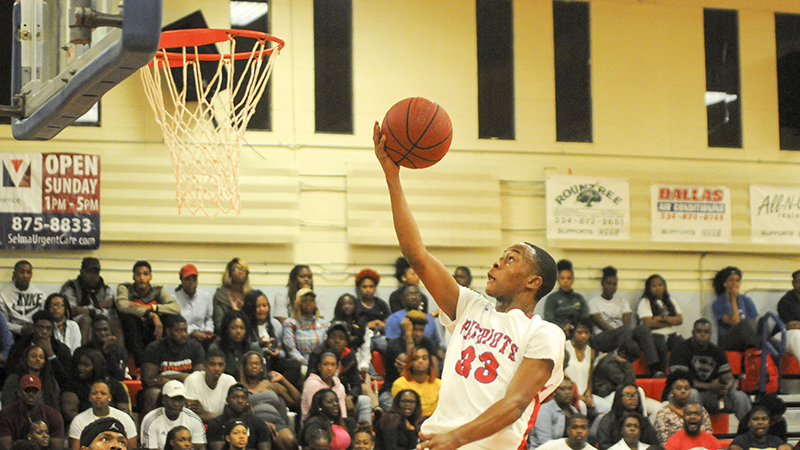 College basketball in Selma tipped off Thursday night with a local matchup between the Wallace Community College Selma Patriots and the Selma University Bulldogs.

The WCCS gym was packed with fans from both teams as the Patriots men’s and women’s teams came away with victories in their first home game of the season. The women defeated the Bulldogs 74-62, and the men won 86-74.

The Patriot’s women’s team led for the majority of their game and had a nine-point lead at halftime.

“I think everything went pretty well tonight, except for rebounding,” WCCS women’s head coach Herman Turner said. “We’re proud of the young ladies and how they rallied together tonight.”

The Bulldogs were able to tie the game at 40 in the third quarter, but were unable to sustain the run.

WCCS guard Keona May went on an 11-point run by herself with three consecutive three-pointers and two free throws to help extend her team’s lead again.

Jalissa Torrance led WCCS in scoring with 18 points, and May had 16.

“She is a shooter, and that’s what we tried to bring in this year,” Turner said. “That’s what we were missing last year, and Keona stepped in and had a very good game tonight.”

The Bulldogs leading scorer was Tatyana Griffin with 17 points in the game.

“This team this year, I can truly say is one of the better recruiting seasons that I’ve had since I’ve been coach,” Selma University women’s head coach Erica Heard said. “We’ve got a lot of different weapons, and I try to tell them that they can’t be afraid to give us the offense that they really have. But tonight, Grffin, [Teeshunda] Morgan, [Alexandria] Guice, those ladies went the extra mile.”

The men’s game was played tightly throughout the entirety of the game. WCCS made 10 three-pointers in the game, and their outside shooting was the difference maker.

Even though the team won, Evans still noticed that his young team had plenty of small mistakes that he wants to get corrected moving forward.

“We didn’t play our game tonight, and made a lot of small errors,” Evans said. “It’s early in the season and it’s the first time we’ve played against anybody else, so that’s expected.”

WCCS was able to pull away late in the fourth quarter as the Bulldogs had difficulty making shots down the stretch.

The two teams will have a re-match on Selma University’s campus on Tuesday, Oct. 24.