Two Selma men are in custody for leading law enforcement on a high-speed chase Monday night after a Prattville man was shot. 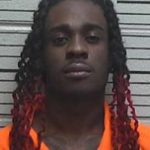 The chase led officers from Prattville to just a few miles shy of the Autauga-Dallas County line.

According to the Prattville Police Department, officers were dispatched to the 300 block of Hazel Street in Prattville in reference to a gunshot victim Monday night around 8:40 p.m.

The suspects’ vehicle was spotted by officers on the way to the scene, and the officers attempted to stop it. That’s where the chase began headed toward Selma.

Rogers and West led Prattville Police Department officers out of their jurisdiction and into Autauga County’s. 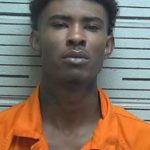 According to the PPD, the chase ended in the 3800 block of Alabama Highway 14 West.

The 37-year-old male gunshot victim was transported to Prattville Baptist Hospital and treated for a non-life threatening injury.

Captain Mike Granthum with the Dallas County Sheriff’s Department said they had officers preparing to assist with the chase, but the vehicle never made it into Dallas County.

Court records show both men are being held on $50,000 bond apiece. Their first appearance in court is scheduled for Thursday, Oct. 19 at 8 a.m. in Autauga County District Court. No attorney information was listed.

Neither one has a criminal history, according to court records.

No further information has been released from the police department, and the shooting is still under investigation.