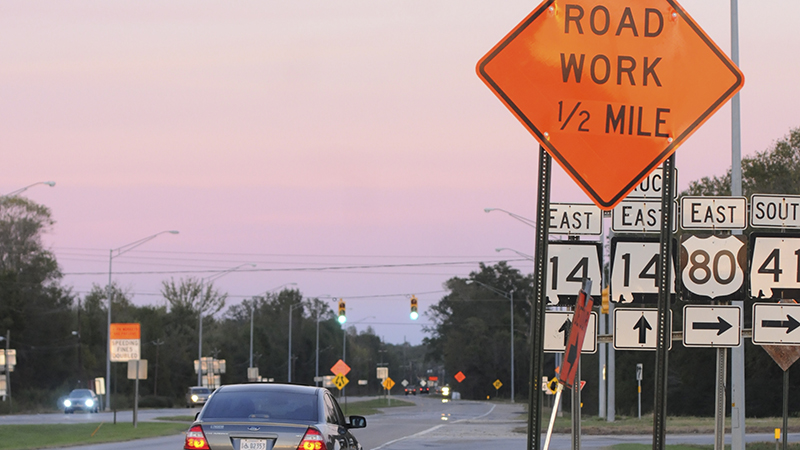 ALDOT has started a project to resurface part of Highland Avenue at night.

An Alabama Department of Transportation project to resurface a section of Highland Avenue started Monday night.

One eastbound lane of traffic had already been blocked off with cones around 6 p.m. Monday evening as workers were getting ready to get started.

The project, which includes planing, resurfacing and traffic striping, was bid out in late May and awarded to Asphalt Contractors Inc. in Montgomery for $2.8 million. The project is funded by ALDOT.

Drivers can expect lane closures between 7 p.m. to 6 a.m. on working days, which are Sunday through Thursday. Some intersections may also be closed during construction hours. A reduced speed limit of 45 miles per hour will also be in place.

According to ALDOT, law enforcement officers will be used to help with traffic control while work is being done. Drivers are urged to use caution while passing through the construction zone and should expect delays.

The contract is for 80 working days and is expected to be completed in spring of 2018.

Work has already been done on Alabama Highway 14 going toward Prattville from the bypass to at least Selfield Road. ALDOT also resurfaced Broad Street earlier this year from the Edmund Pettus Bridge to Highland Avenue.