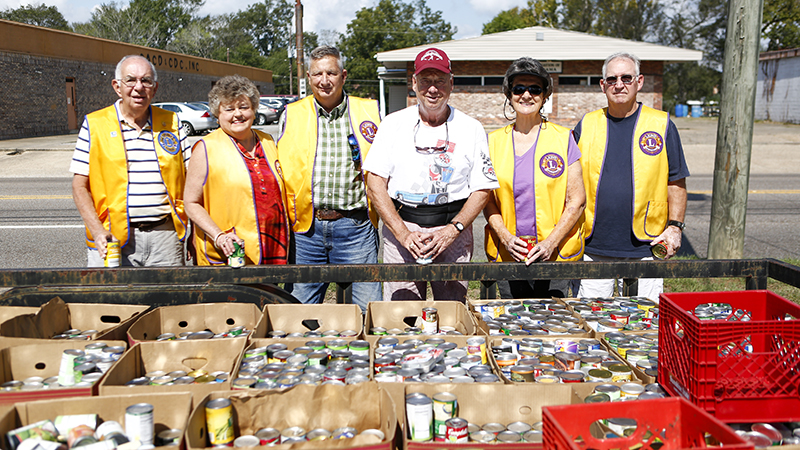 The Central Alabama Fair has come and gone, but it is still giving back to the community.

The Selma Lion’s Club, who puts on the fair, donated an estimated 1,200 to 1,300 cans of food to the Christian Outreach Alliance Food Pantry Wednesday, all of which was collected in one night at the fair.

“We’re just trying to help out in the community by having this fundraiser on Wednesday where we can come back and give it to the community,” said fair manager John Haskell. “It means a lot to us, and it means more the community because they’ll be able to get it and it will feed the ones that can’t afford the food their selves.”

For the last few years, Wednesday night at the fair has been the most anticipated for many because children get in free with a donation of a canned good.

“You see the smiles knowing they can get in without having to pay a whole lot to get into the gate. They come running with their canned goods and give them to you and keep on going,” Haskell said with a laugh.

Haskell said the fair used to let children in free on Wednesday nights, but they came up with the idea of the canned food drive to help give back to the food pantry.

“We usually let the kids in free on Wednesday for school kids, and we decided well, let’s start a food drive. We’ll let the kids in with a canned good and that way we can give it back to the community, and everybody wins,” he said.

The Lion’s Club already gives back to many organizations in Selma, but Haskell said this was another way to help someone else out.

“It’s another organization we can give to. That’s what we’re all about, giving back to the community,” he said.

Haskell said it also teaches children about the importance of giving back.

The food pantry gives out around 250 bags with 8.5 pounds of food to clients each week. It is run by volunteers and depends solely on donations.