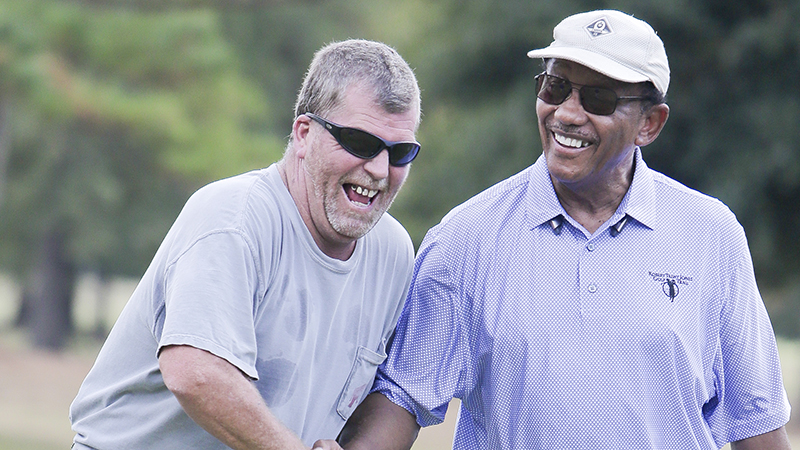 George Evans developed a passion for helping special needs children while working with them as a young teacher.

He later became superintendent of Dallas County Schools and the mayor of Selma, and never forgot those students.

Every year as mayor from 2009 to 2016, Evans organized a fun day for special needs students as well as a charity golf tournament to benefit them.

“When I became mayor, I said this is a way for me to reach back and still give to them because they are special as far as I’m concerned. Sometimes they are left out and not recognized,” Evans said.

Though Evans isn’t in office this October, he is still planning the events for next week. If sponsorships and participation stay strong, he hopes to continue both for years to come.

“I’m no longer mayor, and some people may not want to do it. I’m trying to do it as a benefit for the children. After this year, I’ll have to make a decision whether I’m going to continue to do it based on the sponsors,” Evans said.

Evans said if he ever won the lottery he would make sure no special needs child went without.

“If I ever got those tickets, I would certainly make sure those children never had a reason to want for anything,” Evans said.

Thirty teams can participate in the golf tournament, which will be held at the Valley Grande Golf Course on Wednesday, Oct. 18.

The flighted three-person scramble starts at 10 a.m. Registration will be finished by 9:30 a.m.

Team registration is $240 or $80 per person. There will be contests for individual holes, including closest to the pin and longest drive.

On Tuesday, the day before the tournament, a fun day is held for special needs children from local schools, Cahaba Mental Health and West Alabama Rehabilitation. This year’s fun day has a theme of Paw Patrol, a cartoon about six rescue dogs that protect their community.

Evans said Sheryl Smedley with the Chamber is helping with the tournament this year, but the plan is for Cahaba Mental Health to organize the fundraiser next year.