Rehearsals start for 70th performance of ‘The Messiah’ 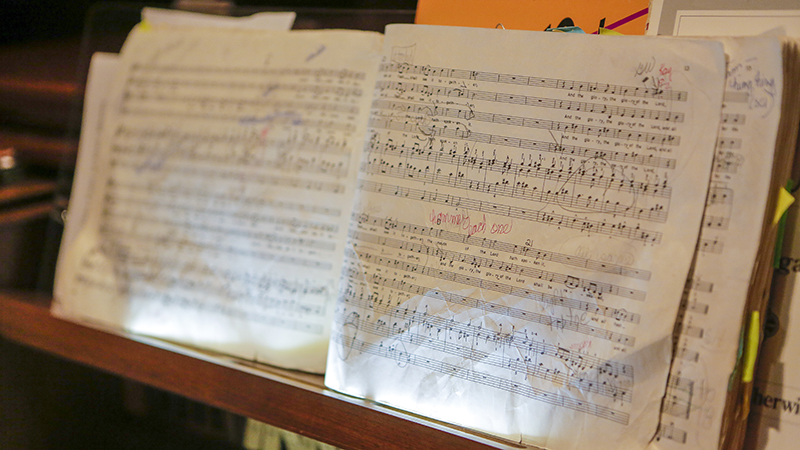 Rehearsals are underway for the 70th annual performance of The Messiah.

Rehearsals started earlier this week for the Selma Choral Society’s annual performance of “The Messiah.”

The performance of the oratorio, which was composed by George Frideric Handel in 1741, is a long-standing Selma tradition that is now in its 70th year.

This year’s performance will be on Dec. 1 at 7 p.m. at Cornerstone Presbyterian Church and will feature pieces from all three parts.

“The Messiah” tells the story of Jesus Christ.

Dunkley is leading the effort this year to keep the tradition going because of how much it means to the community.

“A lot of the community things have fallen by the wayside, and this is a way to gather up people from all churches and all walks of life to sing and make music as one,” she said. “We’re actually dedicating this year’s performance to all the past organists and directors that have led us in the past.”

“I really try to keep the singers involved, especially the ones that have always been there and welcome the new people that come and sing with us.”

Roger Walworth will direct this year’s performance, and Sarah Cater will play the organ. Walworth, who is the now the minister of music at First Baptist Church in Fort Payne, has led the performance in the past.

Dunkley said there will be singers from Selma, as well as from out of town taking part in the performance, and she encourages anyone interested to join them.

“It’s a community thing, so everybody and all churches that are willing to sing is welcome. We want to sing as one community,” she said.

Dunkley said people are welcome to bring their own music, but they will also provide music.

She said anyone interested in singing can just show up to rehearsal to get started.