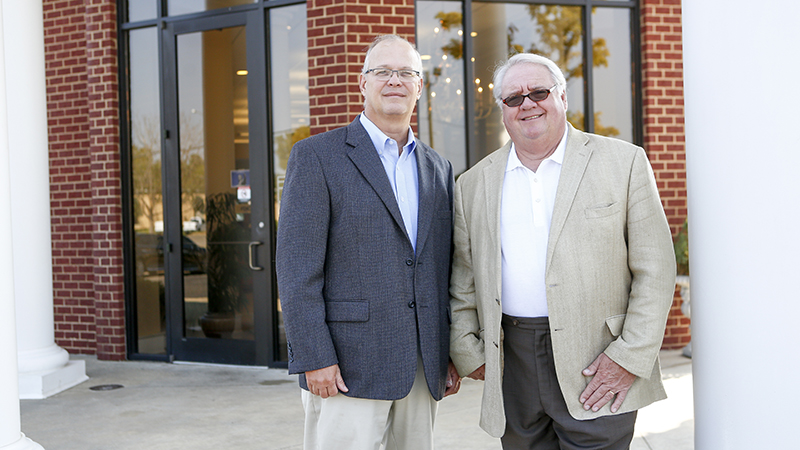 First Cahawba Bank president Richard Walters and chairman of the board Catesby Jones were among those who startedd the bank 10 years ago.

Ten years ago, a group of bankers from Selma got together and decided they would open up their own bank — a hometown bank where they could work with and get to know their customers.

“We felt a need in Selma for a smaller, hometown community bank,” said Catesby Jones, an organizer of the bank and chairman of the board of directors. “There was a need for a small community bank to where local decisions could be made, you knew your customer and they knew you.”

Jones said the concept was about offering the community something they didn’t already have and giving them the option to bank locally.

“The team that we put together early on were literally bankers for the most part from every other bank in Selma that had the same idea that we did,” Jones said. “We all had one common goal and that was to be a hometown bank to where we could take care of folks.”

When the group of bankers decided to go out on their own and open First Cahawba, they didn’t know what the future would hold.

“It’s absolutely amazing to see the support that the community has given us,” Jones said. “It’s just unbelievable to see where we were and the support that we’ve gotten over the 10 years and where we’re going to be going here in the next five to 10 years.”

Richard Walters, current president and CEO and an organizer of the bank, also said the community backed the bank from day one.

“It really is humbling to think that we’re that much of a household name in the community that everybody here at the bank has grown up in,” Walters said. “Our philosophy has always been, from the very first day, banking the way it should be.”

Walters said one of the advantages of being a hometown bank is that they are able to deal directly with the customer and vice versa.

“We’re able to do things on the fly for a customer,” Walters said. “All the decisions that are made are made right here in this building.”

Jones said that is how relationships are formed and how a bank grows as well as keeping customers in the know and helping them in uncertain times.

“There’s a huge importance for you to know your customer and them to know you,” Jones said.“It’s good that we’re close to our community because we can help calm their nerves.”

Walters said more so than the owners and stock holders, it’s the people at the desks and helping out on a day-to-day basis that give Cahawba the reputation they have.

“We’ve been voted four years in a row as the best bank in The Selma Times-Journal by its readers, and our people here are the sole reason for that,” Walters said. “Everybody that walks in feels like they’re coming home to talk to somebody about issues that they’re having or needs that need to be met. It’s our people here at this bank here that create this environment.” 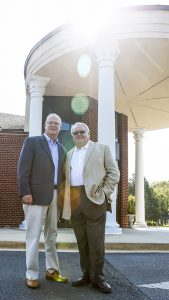 But that’s not the only exciting thing going on at the bank.

They are expanding, and have big plans to continue to do so, but always keeping customers first and offering the community feel.

“We’re about to embark on building a branch in Troy,” Walters said. “We’ve had a loan production office there for about five years, and our guy on the ground is well-respected in that community, and we feel like it’s time to go ahead and give the folks of Pike County banking the way it should be on a full-service level.”

Although that is off and running, bank leaders are also hoping to get the ball rolling in another county.

“Recently, we’ve hired a couple guys in Baldwin County, and they are currently running a local production office for us there, and we hope to within the next 120 days or so, file a branch application to build a full-service branch in Baldwin County,” Walters said.

Walters said he hopes to continue growing and offering other communities the same opportunity that Selma has.

“You’ll hear about First Cahawba Banks popped up all over central and south Alabama and possible north Alabama,” Walters said. “Everywhere we go, we want to bring community banking to that community.”