TEACHER OF THE WEEK: McDonald finds career in early education 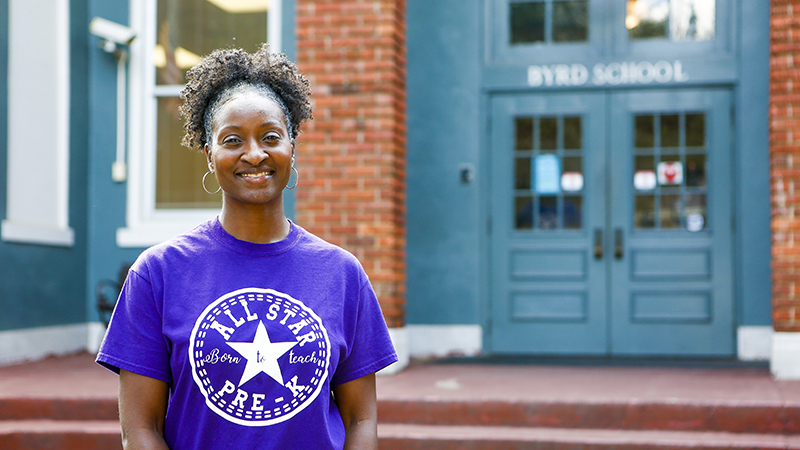 Shelbra McDonald is a Pre-K teacher at Byrd Elementary School and has worked there for three years.

Shelbra McDonald, like many teenagers graduating high school, didn’t exactly know what she wanted to do with her life.

“I went into a school system, and I began working with my first-grade teacher. I was her assistant,” McDonald said. “When that year was over, I was done with school. I didn’t want to be a teacher.”

Eventually, McDonald began modeling and opened up a hair stylist shop, but something later changed her mind about education.

“Over the years, I met my husband, and we had a child. I saw her with an educational toy, and I saw how quickly she understand the concept of the toy and the bells went off. I was like, ‘I want to be a teacher. I want to be an early childhood teacher,’” McDonald said. “I dropped everything, I closed the salon, and I started school.”

Now a Pre-K teacher at Byrd Elementary School, McDonald has spent 11 years overall in education and three at Byrd.

When she decided to become a teacher, she didn’t want to teach just any grade, she knew she wanted to work with small children.

“I’m a foundation layer. I believe that’s my calling,” she said.

McDonald said Pre-Kindergarten is important for the children to learn how to learn, and it prepares them for the years ahead.

“With Pre-K, we target social-emotional. In order for you to learn, you’ve got to be able to sit and listen. You have to be ready for school,” she said. “You’re just preparing them slowly as they grow for kindergarten.”

McDonald said her favorite part of teaching is when the children understand a concept and she can see them grasp it.

“I like when I see the light come on, when they get it. … That’s my favorite part,” McDonald said. “It gets challenging, but I think it’s my calling. I love it.”

McDonald said she loves her job and wouldn’t trade it for anything.

McDonald is married and has two girls, Jaela and Janai, but said by the end of the school year, her family has grown.