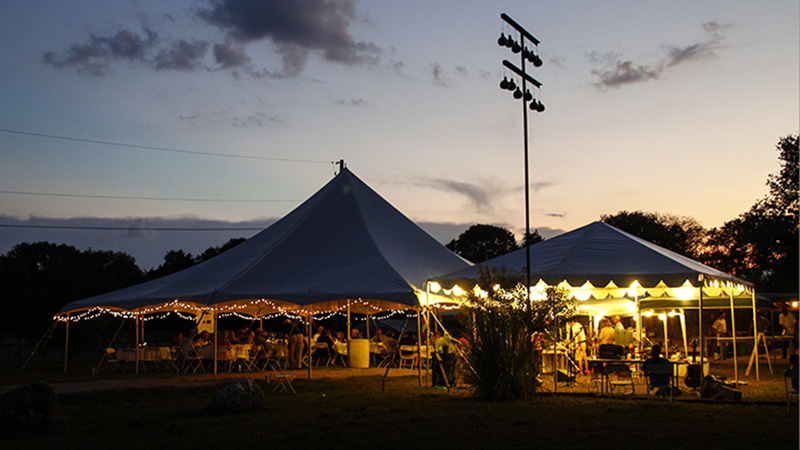 The annual Fall Farm to Feast was held Saturday evening at Spencer Farm in Marion Junction.

Most people don’t associate fine dining with farms, but that’s actually what the Blackbelt Benefit Group and Spencer Farm served up Saturday.

The BBG put on its annual Fall Farm to Feast dinner to benefit the Grow Selma community garden. The four-course dinner at the Marion Junction farm was made completely with locally produced ingredients.

“The idea behind it is to get people to realize that there is enough local food grown within a 50-mile radius of Selma that we can create a four-course meal with hors-d’oeuvres,” said BBG volunteer Clay Carmichael. “All of it is grown locally.” 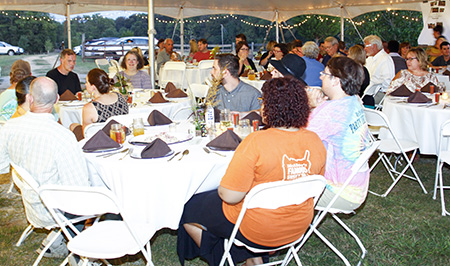 The Blackbelt Benefit Group worked with the Tally Ho on the menu. Tally Ho owner Paul Wilkerson is a member of BBG.

For the first time, Charlie’s Place in Selma and the Orrville Farmer’s Market contributed dishes.

“If we can get the restaurants involved with the farms, maybe the restaurants will see, and they will start buying some local stuff too. We are trying to push that,” Carmichael said.

In addition to educating shoppers and restaurants about local food, Chip Spencer said buying locally could make a huge impact on the Selma and Dallas County economy. He shared figures that show more than half of Selma’s $300 million gross economy is tied to food. “That’s a lot of money. Over half of our gross economy is spent on food,” Spencer said.

Spencer reported that the food sold in Selma stores travels an average of 1,500 miles to get here.

“The means 54 percent of our economy travels back 1,500 miles away from here when we spend money on food,” Spencer said.

“We need to work together and try to capture that $157 million a year that is leaving here and going back to where the food comes from.”