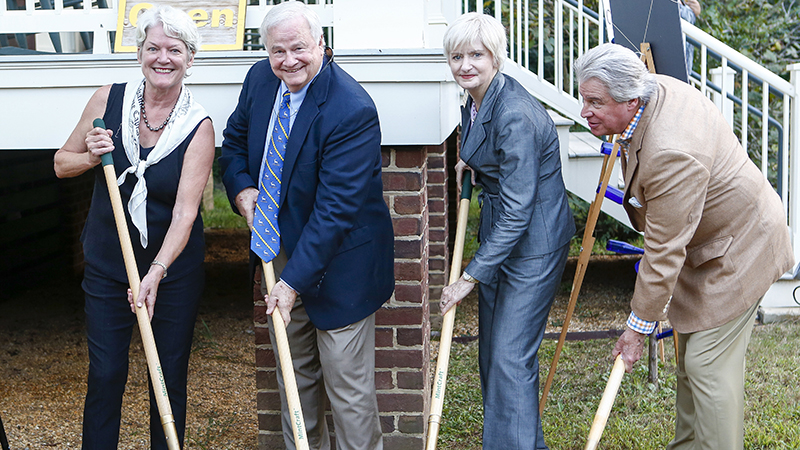 Dozens of people came out Monday to Old Cahawba Archaeological Park for a ground-breaking ceremony for a new entrance.

The Cahaba Foundation, the Alabama Historical Commission and the Cahawba Advisory Committee in partnership with Selma and Dallas County Chamber and Tourism Information held the event at the park.

“When you get to Cahawba, you’ll know that you’re here,” said Cahawba site director Linda Derry of the soon to be gated entrance. “It’s also so we can close it at night and protect the wonderful resources that are around here.”

The president of The Cahaba Foundation Florence Young, chairman of the Alabama Historical Commission Jim Day, executive director of the Selma and Dallas County Chamber of Commerce Sheryl Smedley, city of Selma Mayor Darrio Melton and Noopie Cosby with the Ala-Tom Resource Conservation and Development Council all spoke at the ceremony. 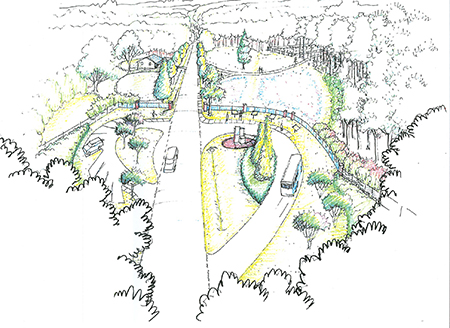 This graphic shows what the new entrance and gate at Old Cahawba will look like.

Derry said the entrance is a culmination of two committees working together.

“This is just emblematic of all the great things that have happened since the Cahaba Foundation and the Cahawba Advisory Committee started to work together and to help support the Alabama Historical Commission,” Derry said. “This is just one step forward to get ready for the bicentennial.”

Derry said it was nice to see so many people from the city of Selma out there for the ceremony and to see that the park has the support of the local community.

“It’s a lot of people from Selma, and we love to see the support of the local community,” Derry said of the crowd.

“We get people from all over the world every day, but to know that we get the support of our local community is very, very important.”

During the ceremony, the Ala-Tom Resource Conservation and Development Council presented a $30,000 check to The Cahaba Foundation.

Since 2008, the foundation has been raising money as part of their capital campaign which has raised more than $1 million, which allowed the park to purchase lots held by private parties.

Young said all of the progress is only possible because of all of the donors that have contributed to the funding of the organization for the purpose of helping Cahawba.

“This is a great day for Old Cahawba, a great day for Dallas County, a great day for the State of Alabama and the fulfillment of a dream for The Cahaba Foundation,” Young said. “The mission of our non-profit foundation has been to protect and preserve the site of Alabama’s first state capital, and now we are celebrating the completion of this first priority.”

Before and after the ceremony, local businesses and restaurants gave out food and drinks during a taste and toast reception. After, a bronze plaque commemorating the park’s major donors was unveiled inside the visitor’s center.

“We are proud that so much of Alabama’s rich heritage is located right here in Dallas County,” Smedley said. “This is a great opportunity to celebrate some of Alabama’s earliest history and to showcase local businesses.”