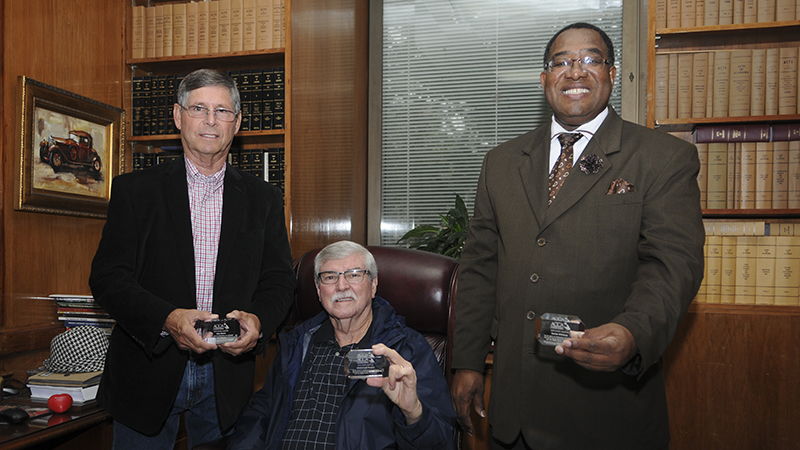 Chairman and Probate Judge Kim Ballard, along with commissioners Roy Moore and Curtis Williams, were honored with the Tenure in Office Award.

Judge Ballard has served on the commission for 24 years, while both Moore and Williams have served on it for 20 years.

The award was given to honor their service to county government and to the state of Alabama.

“Commissioners Moore and Williams and Judge Ballard each deserve the gratitude of all Alabamians for their dedication to public service and personal sacrifice,” said 2016-2017 ACCA President Bill Stricklend. “Considering the extraordinary challenges county officials face every day, these men have continually served their constituents with honor and pride, and they each deserve a pat on the back from everyone in Dallas County.”

The awards are given annually to honor county officials who have served in office for at least 16 years and then given again in four-year increments after the initial award.

The ACCA is a statewide organization that represents all 67 counties in the state of Alabama.

According to the ACCA, it promotes improvement among county government services and offers educational programs for county leaders, staff members, as well as administer insurance programs for counties and their employees.

The ACCA also offers legal advice and represents the interests of county government.