City will relist hotel for $700k 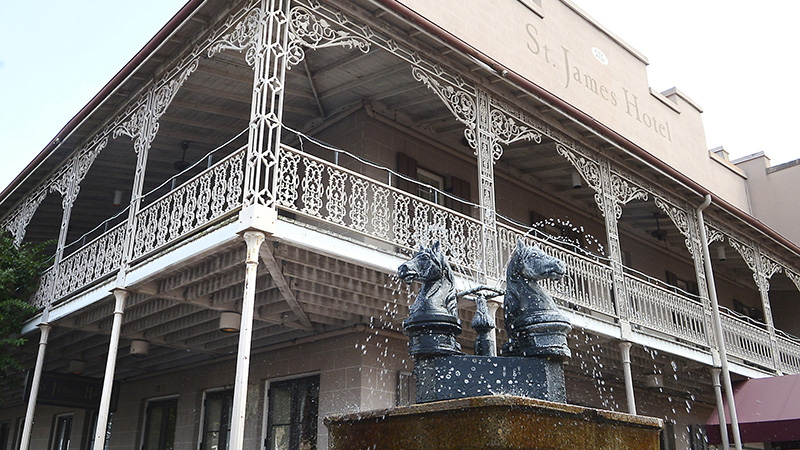 The Selma City Council will try again to sell the St. James Hotel but is leaving the door open for hotelFUBU if the company can come up with the money to buy and renovate the Water Avenue landmark.

The city council voted Friday during a special called meeting to relist the hotel at $700,000. The city has been working with Hotel Assets Group, a real estate company out of Atlanta that specializes in the sale of hotels.

Council members said they would still entertain the $400,000 offer from hotelFUBU if the company can come up with the full purchase price and has the financial backing to rehab the hotel.  The city has been in talks with Erudite Holdings, the parent company of hotelFUBU, for the entire year about the company buying the St. James.  However, a date to close the deal kept getting pushed back until the council decided to end its contract with the company.

Cecily Groves, chief operating officer for hotelFUBU, said last week the company is still interested in purchasing the hotel and will continue to pursue.

“We absolutely don’t think the fat lady has sung. We don’t even think she is warming up yet. We believe that we can move forward,” Groves said.

Another issue raised by relisting the hotel is security and staffing. The city is paying for 24/7 security at the hotel, which closed to the public, at a cost of approximately $10,000 a month.

Several council members have questioned if it wouldn’t be cheaper to run a minimum staff than pay for around-the-clock security.

“We are still paying a babysitter for this empty hotel,” said Councilwoman Angela Benjamin. “I would like to remind you that that bill is still running, and it is thousands of dollars per month.”

City Treasurer Ronita Wade said the city spent about $16,000 to run the hotel at bare bones; however, that was offset by some revenue coming in from the bar and for rooms.

“The difference is that we were actually receiving revenue in because people were still booking hotels,” Wade said. “Our net expense was less than what we are paying to operate with just security.”

“If the agreement is not extended with FUBU, the hotel will be shut down completely with no security down there,” Melton said earlier this month. “We will board up the hotel.”

At least some council members feel either staff or security should remain at the hotel.

“If that building is empty with no security or nobody working, it’s going to be vandalized have stuff stolen,” said Councilwoman Susan Youngblood. “We cannot have an empty building sitting down there. We’ve got to have some presence there in some form.”

The city initially started discussing selling the St. James in March 2015, when Strand Development, the company that managed the hotel, decided to terminate its contract with the city. The city then started operating the hotel at an average loss of $25,000 a month.

The city has been in talks with several buyers over the last few years, but none of them ever panned out.

The closest the city got to selling the St. James was when the council voted in August 2016 to sell the hotel to Janee Hotel Corporation for $100,000, just a fraction of the hotel’s appraised value of $900,000.

The deal fell apart after details of the company’s president’s, Kenneth Moore, past came to light. Moore filed a lawsuit against the city in December 2016, alleging the city breached a contract when the hotel was relisted with an Atlanta realtor. The lawsuit was settled in July for $30,000 and dismissed.