A Selma man wanted for breaking into several vehicles in Valley Grande last month while out on bond for seven prior burglary charges has been arrested. 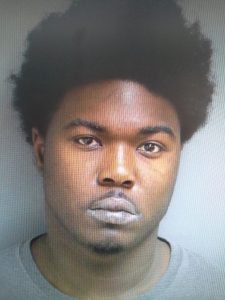 Goldsby and Mitchell were identified as the suspects after they were caught on video by a surveillance camera on one of the homes where the duo allegedly broke into one of the vehicles.

“The video actually shows them exiting a vehicle and going up to a residence,” Hatfield said at the time of Golsby’s arrest, which was just two days after the break-ins. “It shows them actually going inside the vehicle. What they were doing were getting into cars that were unlocked and going in and stealing stuff out of them.”

Several victims reported laptops, sunglasses and other items missing from their cars.

Hatfield said Mitchell and Goldsby broke into a total of four cars that the department is aware of. Since the duo allegedly only went into unlocked cars, it is unclear if others were broken into as well. Mitchell has a recent history of burglaries from 2016 and 2017. At the time of these car break-ins, he was out on bond for five burglary charges. Mitchell was arrested by the sheriff’s department in October 2016 for allegedly breaking into several homes in Valley Grande, where televisions, iPads and other items were stolen.

Goldsby also has a recent criminal past. The week before this incident, he was arrested by the Selma Police Department for second-degree possession of marijuana and carrying a pistol without a permit.

According to court records, Goldsby is out on bond, which was set for $15,000. Mitchell is still in custody and has a preliminary hearing in Dallas County District Court scheduled for Oct. 3 at 1:30 p.m. in Judge Robert Armstrong’s courtroom.