Lockett to retire as executive director of ArtsRevive 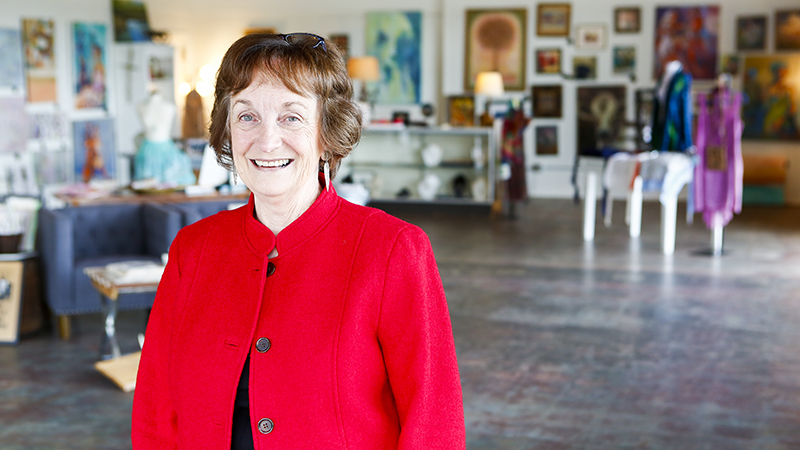 Martha Lockett has announced plans to step down as executive director of ArtsRevive.

ArtsRevive began as an idea to help build the community through the arts. Over the past five years, the organization has grown leaps and bounds, and much of the success is credited to the executive director Martha Lockett and the board of directors.

Now, Lockett has decided to retire from her position to spend more time with her family and to travel.

Locket first became involved with ArtsRevive when the organization was only an idea. She didn’t join the board until 2011 and was selected as the first executive director in 2012.

“In 2001, I was doing a grant writing workshop with Sandy Greene and the Selma Arts Council, and A.C. Reeves and Vickie Stoudenmire came in with this idea that the arts could be a catalyst for change in Selma,” Lockett said. “They didn’t even have a name. We sat around a table that afternoon trying to think what they could call it and came up with ArtsRevive.”

The group incorporated in 2004 and was project oriented, but that would later change.

In 2011, they sent a letter of interest to a grant program called Art Place.

Lockett said she knew they wouldn’t get the grant because they were all volunteers with no staff, but she felt like it was still a good opportunity for them to write the grant and tell people about what ArtsRevive was doing in Selma at the time.

“We didn’t get it … but they sent our letter to a foundation in New York with a note ‘Y’all might be interested in these people,’” Lockett said.

The organization was the Educational Foundation of America, and they were interested in ArtsRevive. So much so that they decided to fund the board for a two-year executive director position and to get organized.

“They went home and called back and said ‘We think y’all might be one of the keys to jump starting Selma’s revitalization,’” Lockett said.

Now, ArtsRevive not only holds art competitions, festivals and shows, but they also work with other organizations in the community in hopes of building up Selma, not just themselves.

“We’ve written grants for other groups, we’ve helped groups find resources. That became the foundation,” Lockett said. “There are so many other groups that are working here.”

In her time there, ArtsRevive has almost completed its capital campaign to revitalize part of downtown and work to get their building in shape for years to come. They have opened Gallery 905, where local artists sell their work. ArtsRevive is working to redo the back of the building to have workspaces for artists, along with so much more.

“The success of ArtsRevive is totally credited to the board. It’s a group of 15 folks who will do everything,” Lockett said.

“The success that’s come is because of the work and commitment of those folks and the community that’s opened their heart and checkbooks.”

Overall, Lockett said she is happy where she is leaving the organization, and she is ready for her third retirement and to be able to soak in as much time as she can with her grandbabies and children.

“It’s been a great ride and I am really, really grateful,” Lockett said. “I’m grateful for the board for giving me the opportunity to be a part of it and the support that everybody in town has given ArtsRevive as it tried to help move Selma forward.”

The board is now actively searching for Lockett’s replacement and will work to transition the two in the coming months.