A 27-year-old Selma woman has been arrested on attempted murder charges for an alleged Saturday morning stabbing. 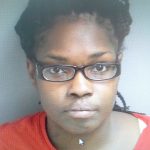 Tammy Hill, of the 100 block of Lands End Avenue, was booked into the Dallas County Jail on Saturday afternoon, and is being held on a $250,000 bond for attempted murder.

Blanks said the stabbing happened after a fight broke out between Hill’s brother and the victim.

“There was an altercation between her brother and the victim. During the altercation, she stabbed the victim several times,” Blanks said.

Blanks said Hill used a knife to stab the 38-year-old in the side and back multiple times. Blanks said the victim is still in the hospital in serious condition.