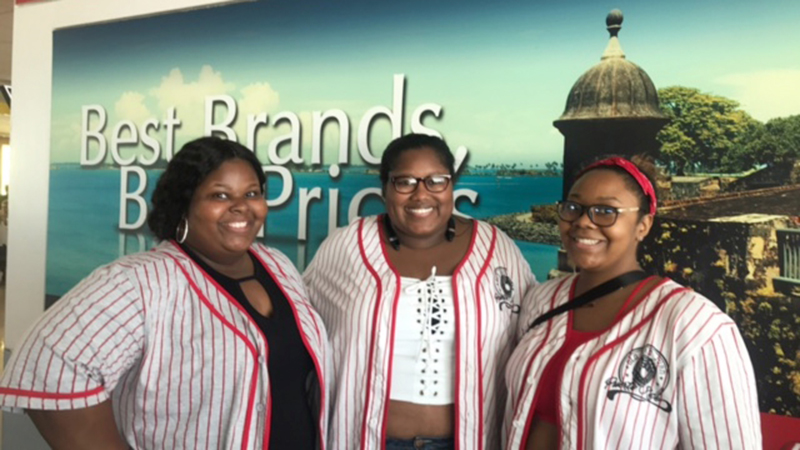 Thanks to the help from family and friends through Facebook, Kayla Chappell, Jamia Coleman and Kayla Williams were able to book a flight to the U.S. before Hurricane Irma hit San Juan, Puerto Rico, where they were vacationing this past weekend.

A simple Labor Day girls trip to San Juan, Puerto Rico, for Selma natives Kayla Chappell, Jamia Coleman and Kayla Williams nearly turned into a nightmare this past Monday when their flight home was overbooked and Hurricane Irma on its way.

The women were ready to board their 7:15 a.m. flight at the San Juan Airport which was scheduled to arrive in Atlanta, Georgia at 10:54 a.m. EST. As they approached the Delta desk, they were informed that their flight had some “unexpected changes” according to Chappell.

The Delta flight was overbooked and the only alternative presented to the women was a flight scheduled for Thursday, Sept.7.

While they were at the airport, Hurricane Irma was approximately 715 miles east of San Juan, according to The New York Times’ tracker.

In San Juan, the weather was fine that Monday, but fear set in once they weren’t sure if they’d be able to get off the island before the hurricane landed.

“When we were told that we were not going to be able to get on a plane until Thursday is when I think it set in,” Chappell said.

Chappell, Coleman and Williams were unable to find another flight out of San Juan on Monday, and booked a flight with Delta for Thursday. To prepare for their new predicament, they made reservations to stay at the TRYP by Wyndham Isla Verde hotel near the airport. They also joined the hordes of people getting last minute supplies at the nearest Walmart.

Worried friends and family reached out to ladies through Facebook to check in on how they were doing.

Luckily, Coleman had a friend who alerted them that Southwest Airlines was opening additional flights leaving Puerto Rico.

“Southwest specifically sent over three planes that were helping people evacuate,” Chappell said. The girls jumped on the first opportunity and booked a flight that would leave Tuesday at 4 p.m. EST and take them to Orlando, Florida. Near the time of their departure Tuesday, the hurricane was approximately 400 miles from San Juan.

Safely in Orlando, the women picked up a rental car and drove to Atlanta. Then Chappell continued on to her home in Nashville, Tennessee, while Coleman and Williams headed back to Selma.

In order to get home, they spent an additional $200 per person with Delta to book the flight home on Thursday. Chappell is still in contact with Delta to cancel that flight and hopefully be compensated for the overbooked flight that stranded them in the first place.

They were thankful that their frightening ordeal was over, and they were able to return home safely. Each of them were grateful for their friends and families sending them flight information and updates to help them find a way home.

“I’m just so grateful for the people of Selma that was praying for us and gave us additional information that we might not have seen,” Williams said. “I just want to thank them all.”

As of 2 p.m. ET Wednesday, Hurricane Irma, was over the British Virgin Islands approximately 90 miles from San Juan.